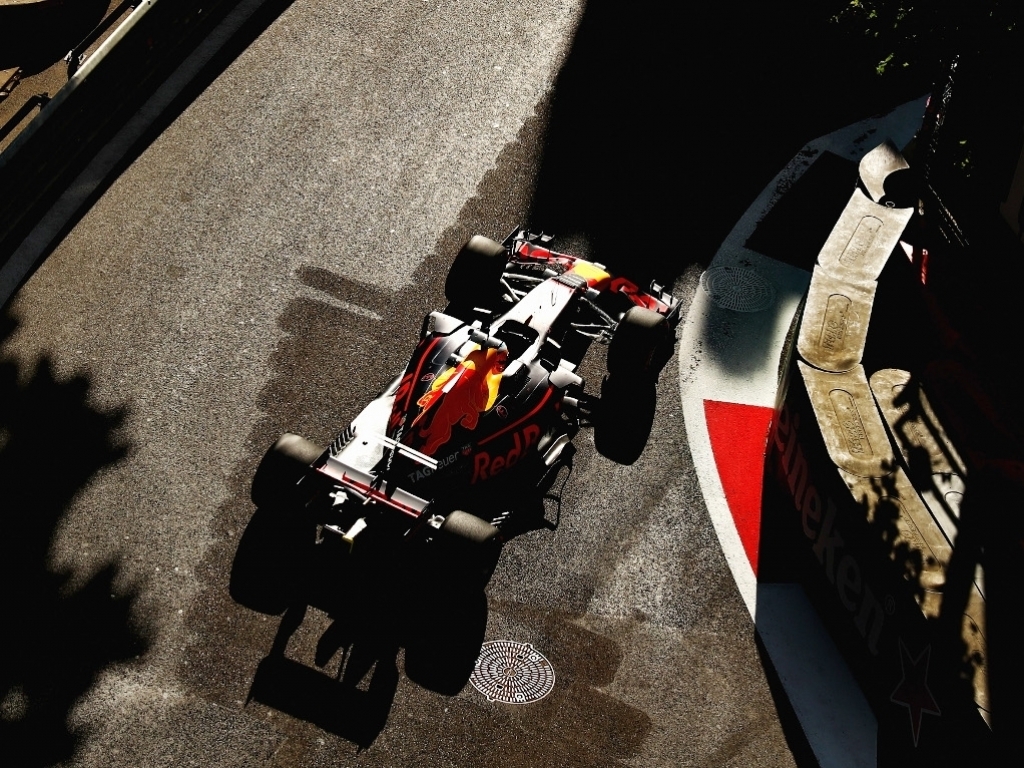 Three Safety Cars, a red flag, a controversial decision by the stewards and the demise of the championship protagonists set the scene for Daniel Ricciardo’s victory a scrappy Azerbaijan Grand Prix.

Although Lewis Hamilton and Sebastian Vettel initially appeared on course for the 1-2, issues for both drivers meant they fell down the order.

Behind the third Safety Car of the day, Hamilton applied the brakes which led to the most controversial moment of the race as it resulted in Vettel hitting the back of the Mercedes. “He brake tested me,” said Vettel, who responded by pulling alongside Hamilton and deliberately hitting him.

The matter was investigated by the stewards who declared that Vettel was at fault – “dangerous driving” – and handed him a 10-second stop-go.

At the same time Hamilton was forced to pit as the headrest on his W08 had come loose. The championship protagonists rejoined P8 and P7 and recovered to fourth and fifth respectively.

Their troubles handed Daniel Ricciardo the lead of the grand prix, a race that saw chaos, three Safety Cars and a red flag for debris.

The Aussie maintained the position, and the pace, to secure Red Bull’s first win of this season and did so having started the grand prix 10th on the grid.

Valtteri Bottas, who put in a fantastic drive having at one stage been P20 after he had to pit for a new nose on the opening lap after contact with Kimi Raikkonen, was second.

That, though, wasn’t the biggest surprise. That belonged to Lance Stroll who had a clean weekend that resulted in a third placed finish for the Williams rookie.

Relations at Toro Rosso suffered another blow as Daniil Kvyat ran wide at the start and, when he rejoined the track, Sainz took avoiding action that pitched the Spaniard into a spin. Kvyat later retired.

He was joined on the sidelines by Max Verstappen, who was in the hunt for a podium result when he reported an “issue with the engine.” He fell down the order and eventually retired on lap 13 after Red Bull tried a new steering wheel in the hope that it would solve his problems. It didn’t.

Jolyon Palmer’s weekend could have been been any worse if he tried as the Renault driver ground to a halt early in the race with smoke coming out of the rear of his RS17.

Renault’s troubles were compounded when Nico Hulkenberg, who was running P6, hit the wall and smashed his right front suspension. He retired with Felipe Massa also sidelined moments later with a broken damper.