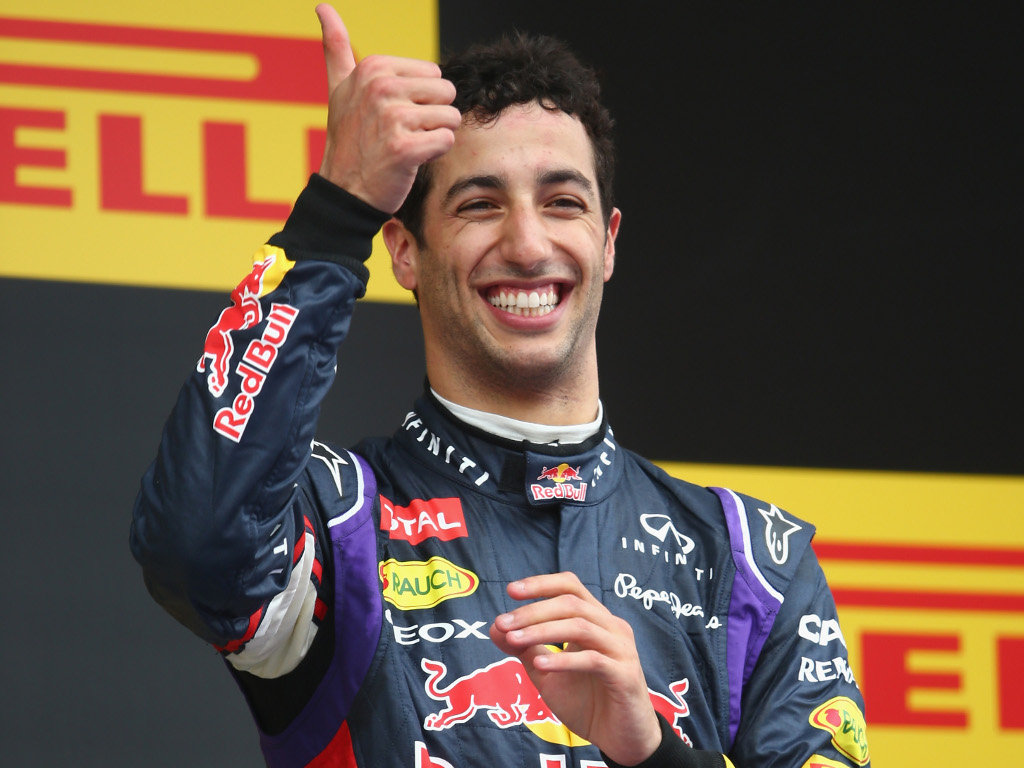 Daniel Ricciardo claimed the first victory of his F1 career when he beat Nico Rosberg to the chequered flag in a Canadian GP that ended behind the Safety Car.

Despite starting sixth on the grid and failing to make any inroads in the first half of the 70-lap grand prix, Ricciardo worked his way up to fourth when he overtook team-mate Sebastian Vettel in their second pit stops.

Benefitting from Lewis Hamilton’s retirement, Ricciardo was third with ten laps to go. The Aussie, who joined Red Bull Racing at the start of this season from Toro Rosso, made short work of Sergio Perez who was complaining of brake issues before shooting past the Mercedes of Rosberg with the help of DRS with just three to go.

In the lead on the penultimate lap, Ricciardo was given a breather and the opportunity to savour his win when the Safety Car was brought out due to a massive accident involving Perez and Felipe Massa.

The Aussie’s victory was not only the first of his career but it brought an end to Mercedes’ run of six successive wins.

Rosberg had to settle for second while reigning World Champion Sebastian Vettel was third, having overtaken Perez moments before the Force India driver’s accident.

Massa tried to follow the German through only to hit the back of Perez’s VJM07, both drivers smacking into the barriers at high speed and with considerable force. The duo both climbed unaided from their cars.

Their accident meant Jenson Button was fourth ahead of Nico Hulkenberg and Fernando Alonso.

Meanwhile, Hamilton joined a long list of retirements when he cut the chicane and bounced over the kerbs while fighting with Rosberg for the win. The incident resulted in a puncture and with smoke coming from his brakes, the Brit pulled into the pits to retire this season.

The late Safety Car was not the first of the race as earlier on lap 1 it made an appearance when Max Chilton wiped out his team-mate Jules Bianchi. The star of the Monaco GP slammed into the wall with his MR suffering massive damage. Chilton also retired with a damaged car.