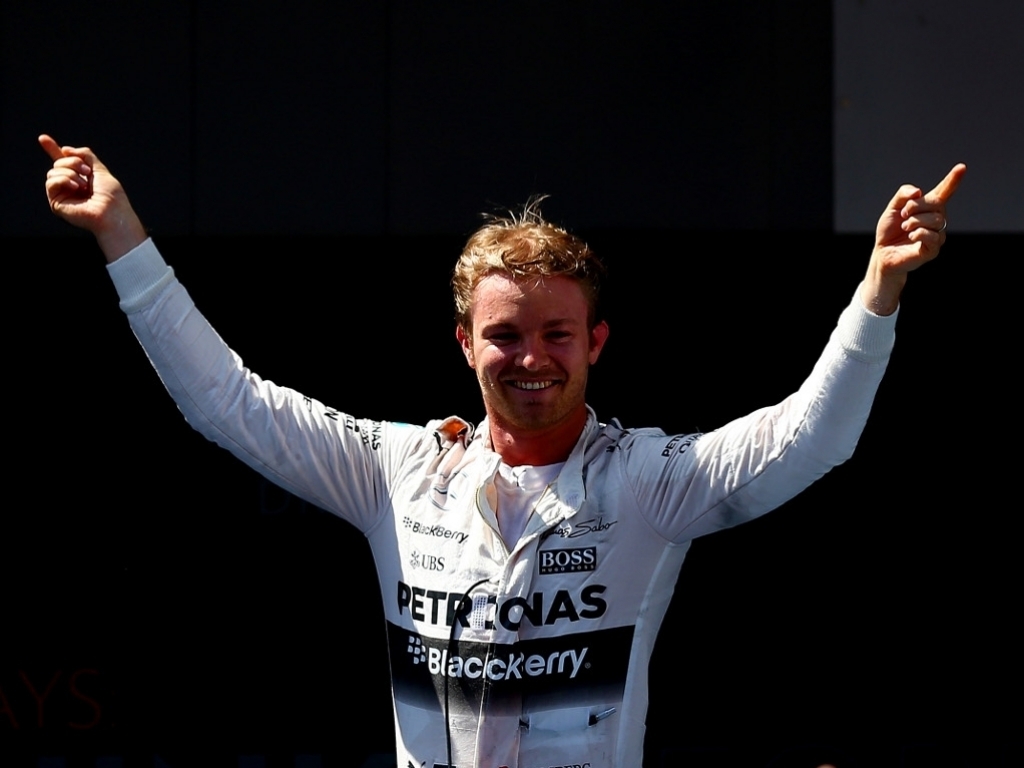 A Safety Car 14 laps from the end cost Lewis Hamilton a comfortable victory in Monaco and gifted Nico Rosberg an unexpected hat-trick of Monaco GP wins.

As the sun finally shone on the Monte Carlo street circuit with the track temperature as high as 37'C, the 78-lap Monaco Grand Prix began.

Hamilton, starting from pole position for the first time in his F1 career, easily took the lead while Rosberg came under threat from Sebastian Vettel. The Ferrari driver made a flying start to shoot up the inside of his compatriot but had to back off into the first corner.

Lap after lap after lap, the leading trio raced around the street circuit with little to no hope of anything but a pit stop changing the order.

Vettel was the first in followed a lap later by Rosberg and then race leader Hamilton. However neither of the chasers were able to undercut the driver ahead and they emerged with Hamilton 7.4s ahead of Rosberg who in turn was 2.5s further up the road.

Hamilton extended that lead to 24s when the grand prix was shaken up as Max Verstappen, battling Romain Grosjean for 10th place, made a mistake, clipped the back of the Lotus and went hurtling into the wall at Ste Devote. The front end of his STR was shattered while Grosjean was pitched into a spin, both drivers out of the grand prix.

The Safety Car came out on lap 64 and Hamilton pitted, however, Rosberg and Vettel did not. As such the Brit emerged in third place behind his main rivals and reported to his team: "I've lost this race, haven't I."

The race resumed with eight to go and Rosberg immediately pulled out a small gap over Vettel who was fending off Hamilton. The Brit dogged the German, all over the back of the Ferrari as he rode the kerbs, trying to find even the smallest gap.

Rosberg in the meantime ran away with the win, his third in succession in Monaco, while Vettel held off Hamilton to take second place. It was a disappointing result for the World Champion as not only did he lose an almost sure win but his lead in the standings was cut to 10 points.

Daniil Kvyat was fourth, his best ever result in F1, while Daniel Ricciardo was fifth with Kimi Raikkonen sixth. The Ferrari driver, though, was left angry after Ricciardo physically pushed his car out of the way to take fifth. The incident was investigated by Ricciardo was cleared of any wrong doing.

Sergio Perez was seventh ahead of Jenson Button, who scored McLaren's first points, while Felipe Nasr was ninth. Carlos Sainz, despite starting from the pit lane, finished P10.

Pastor Maldonado, who lost his brake-by-wire, retired on lap seven after a brief battle for position with Max Verstappen, which saw a moment of side-by-side racing between the two. His DNF meant the Venezuelan pay driver has never finished a Monaco Grand Prix.

Fernando Alonso, who earlier in the race served a five-second penalty for hitting Nico Hulkenberg on the opening lap, was the next to retire. He parked his McLaren-Honda on lap 43 having gone up the escape road at Sainte Devote in what was his first Monaco retirement since 2004.