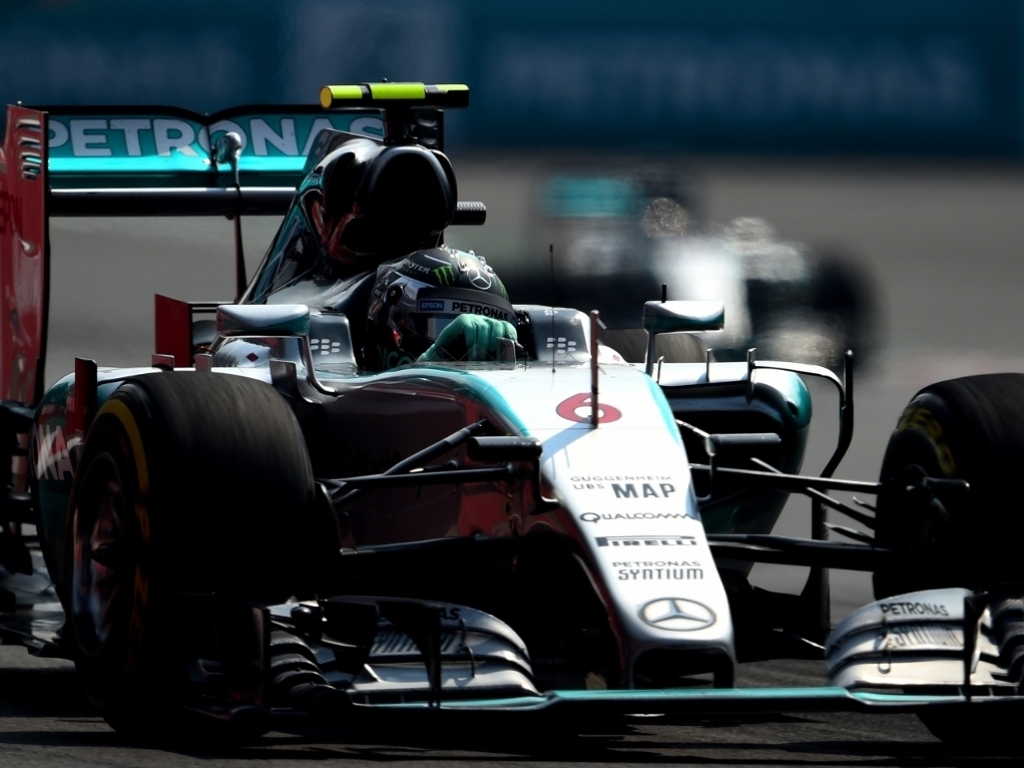 Nico Rosberg won the first Mexican Grand Prix in 23 years as he kept his nerve despite constant pressure from team-mate Lewis Hamilton.

Unlike in previous races, Rosberg held his line to retain the lead ahead of Hamilton through the opening corners and the opening lap.

From there despite pressure from his team-mate he built up a lead through both round of pit stops, the second of which Mercedes deemed necessarily on safety grounds.

Fearing the tyres, which were changed on lap 27 and 29 with Rosberg’s first, would not hold out Mercedes demanded that both drivers pit. Hamilton was unhappy with the call as he felt his tyres were fine.

Following the second stop Rosberg’s advantage was up to 4.2s but the fire had been lit under Hamilton and he put in back-to-back fastest laps to reduce the gap when the Safety Car came out on 53 bunching up the field.

The race resumed on lap 58 with Rosberg bunching up the field before storming away from Hamilton. Both drivers were slightly ragged at times as they gave it their all. Rosbert, though, always seemed to have a response to Hamilton’s challenge and he took the chequered flag by 1.9 seconds ahead of the triple World Champion.

Behind them there was a great battle between the Red Bull and Williams drivers. They traded positions depending on strategy with all four drivers holding down P3 at some point.

But when the 71 laps played out it was Valtteri Bottas who was running third as he got the jump on Daniil Kvyat after the Safety Car restart.

Kvyat finished fourth ahead of Daniel Ricciardo and Felipe Massa while Nico Hulkenberg was the best placed Force India driver in seventh place.

Sergio Perez held onto finish his home race in eighth place despite doing a one-stop strategy that left him vulnerable in the latter stages of the grand prix. Max Verstappen and Romain Grosjean completed the points.

Rosberg’s victory saw him take second place in the Drivers’ Championship from Sebastian Vettel who had a “sh*t” grand prix.

He suffered a puncture on lap 1 in contact with Ricciardo, who felt Vettel “gave me no room at all”, while a spin during his recovery meant he was lapped by the Mercedes pairing midway through the race. He crashed out on lap 52, binning his Ferrari at Turn 7.

Ferrari’s woes were compounded when Kimi Raikkonen retired on lap 23. He was fighting Valtteri Bottas for position and this time it was the Ferrari driver who came off second best as neither driver gave the other any room through the corner. Raikkonen’s SF15-T suffered right rear damage.

He was joined on the sidelines by Fernando Alonso, who pulled into the pits on lap 1 with a loss of power, and Felipe Nasr who reported that his brakes were “finished.”