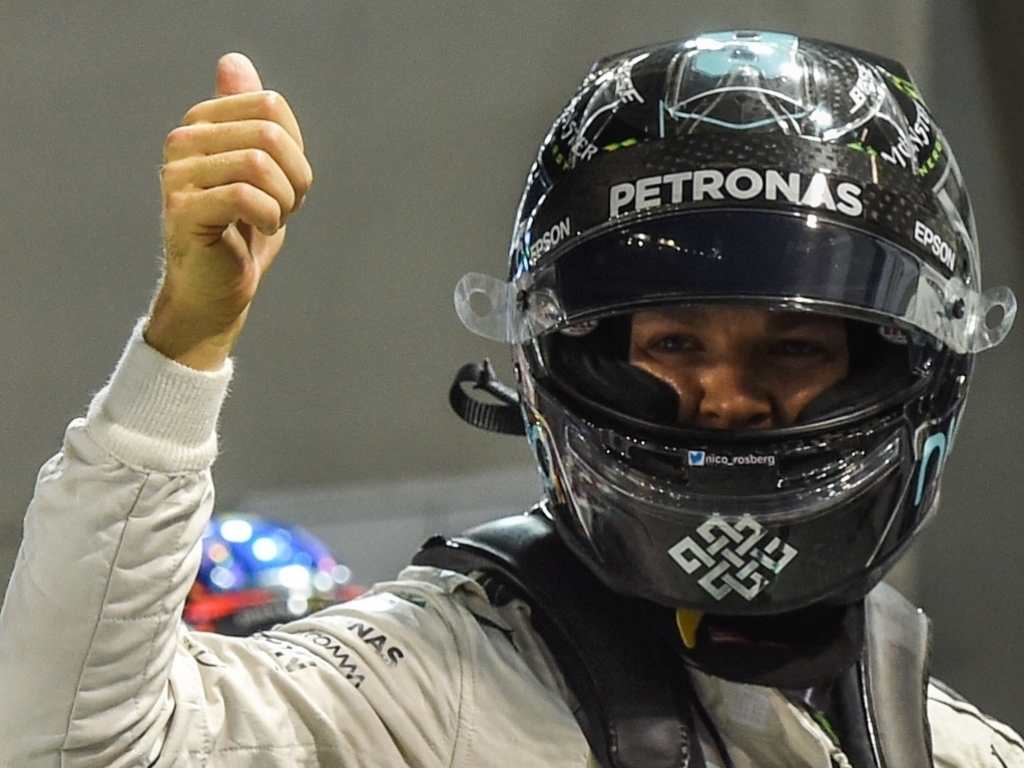 Safety Car, brake management and tyre strategy all played a part in Sunday’s Singapore GP, a race won by Nico Rosberg as he took the lead in the Drivers’ Championship.

Pole sitter Rosberg made a great start as he stormed into P1 on the ultrasoft tyres ahead of Daniel Ricciardo, on the supersofts, and Lewis Hamilton on the ultras.

They had to do it all over again two laps later as there was an early Safety Car for Nico Hulkenberg’s accident at the start.

Sandwiched by the two Toro Rossos, there was contact with Carlo Sainz that put Hulkenberg into the pit lane wall, and out of the race.

Back underway Rosberg set about building up an advantage over Ricciardo, while Hamilton was slowly dropped by the leading duo.

By lap 9 brakes came into play with Rosberg told “this is serious, we need brake management” while a lap later Hamilton heard “we really need to get on top of these front brakes.”

As the leaders’ tyre strategy played out Rosberg was ahead by 23.8s when Ricciardo pitted for the fourth and final time, swapping to the supersofts.

But with just 12 laps to go Mercedes opted not to cover the Red Bull racer’s strategy and kept Rosberg out on his soft tyres.

Lap after lap Ricciardo ate into the German’s advantage with the gap down to 3.4s as they started the penultimate lap and 2.0s at the start of the final lap with just 23 corners remaining.

Rosberg held on to win by 0.488s ahead of Ricciardo.

Although Hamilton joined his team-mate on the podium it was not a great night for the World Champ, who complained about his strategy and his brakes.

His chances of finishing on the podium were also under threat as he was attacked by Kimi Raikkonen. The Ferrari driver took third off the Brit but later lost it when Hamilton undercut him in their fourth and final stop.

Hamilton’s P3 still meant he lost the lead in the Drivers’ Championship with his two-point advantage turned into an eight-point deficit.

Raikkonen was fourth while Sebastian Vettel recovered from his back of the grid start to finish in fifth place, ahead of Max Verstappen, Fernando Alonso and Sergio Perez.

Daniil Kvyat scored for Toro Rosso in ninth place while Kevin Magnussen was back inside the points for Renault. Esteban Gutierrez was P11 – for the fifth time this season.

Sainz failed to score as he dropped down the order after being shown a black and orange flag by the stewards, forcing him to pit for repairs after his STR11 was damaged in the opening lap contact with Hulkenberg. He was P14.

The grand prix started one driver shorter as Romain Grosjean’s race never began with Haas revealing that they could not resolve his brake-related problem in time for the start.

Valtteri Bottas retired, parking his Williams after his team saw a “mechanical issues in the data”, with Jenson Button also calling it quits in the pits.