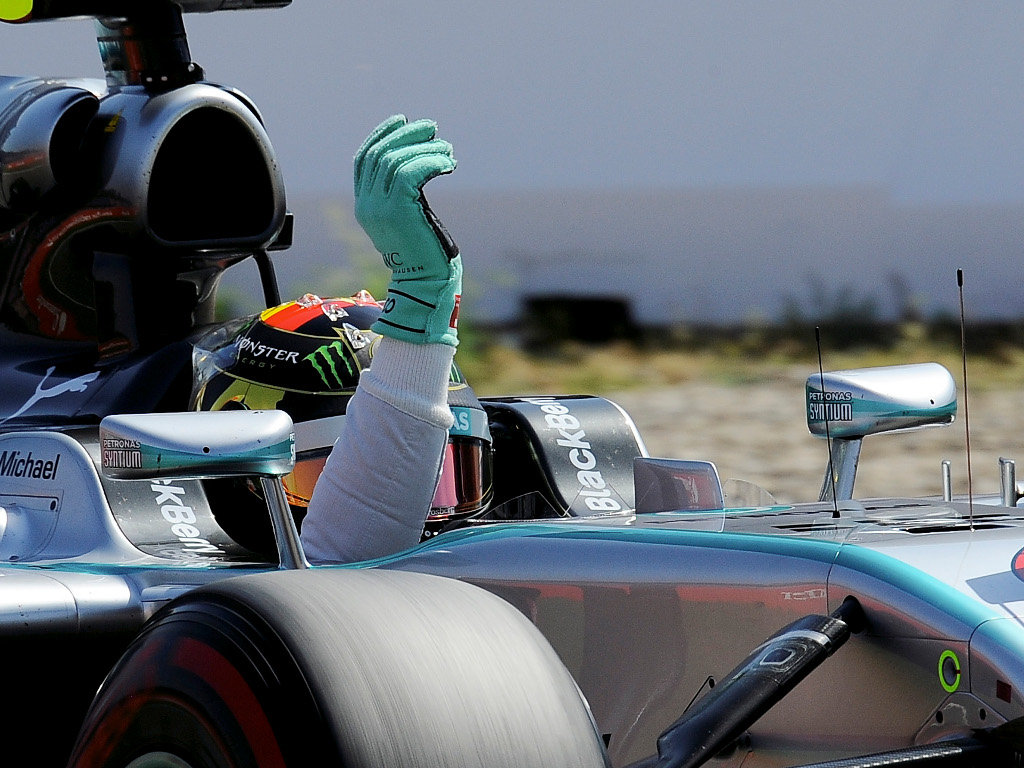 Nico Rosberg raced to an uncontested victory at the German GP while his team-mate Lewis Hamilton was left to provide all the excitement.

Rosberg, having taken pole position on Saturday, raced from lights to flag, securing his first ever German Grand Prix victory.

It was an easy stroll for the Championship leader, who now holds a 14-point advantage in the standings.

Valtteri Bottas held off a stern challenge from Hamilton to finish second, his third podium finish in as many races.

Bottas, in fact, proved to be the only driver Hamilton could not pass on Sunday.

The Brit finished in a highly impressive third place despite starting the grand prix down in 20th.

The Mercedes driver was undoubtedly the most aggressive on the day and stormed by his rivals at the hairpin including a move on Daniel Ricciardo and Kimi Raikkonen at the same time.

However, one attack too many almost ended in disaster when he tried a late lunge on Jenson Button that resulted in a broken front wing for the Mercedes driver. That, though, did little to hamper his pace and he stormed to third.

Sebastian Vettel brought his RB10 home in fourth place as he too had an exciting afternoon even taking on the Ferraris in one corner and winning that battle.

Alonso was fifth having overtaken Daniel Ricciardo with five to go while Nico Hulkenberg continued his points-scoring run in seventh place ahead of Jenson Button and Kevin Magnussen.

Sergio Perez, who was involved in an incident early in the race with Daniil Kyvat, completed the top ten.

The Williams driver was tagged by Kevin Magnussen as they went through the first corner on lap 1. The impact flipped the FW36 and the car skidden across the run-off area before landing back on all four wheels. Massa was unhurt but out of the race.

He was joined on the sidelines by Romain Grosjean, who had a “problem with the power” and pulled off on lap 28. Kvyat became the third retirement when his Toro Rosso caught fire on lap 46 while Adrian Sutil spun and stalled in the middle of the track on lap 50.