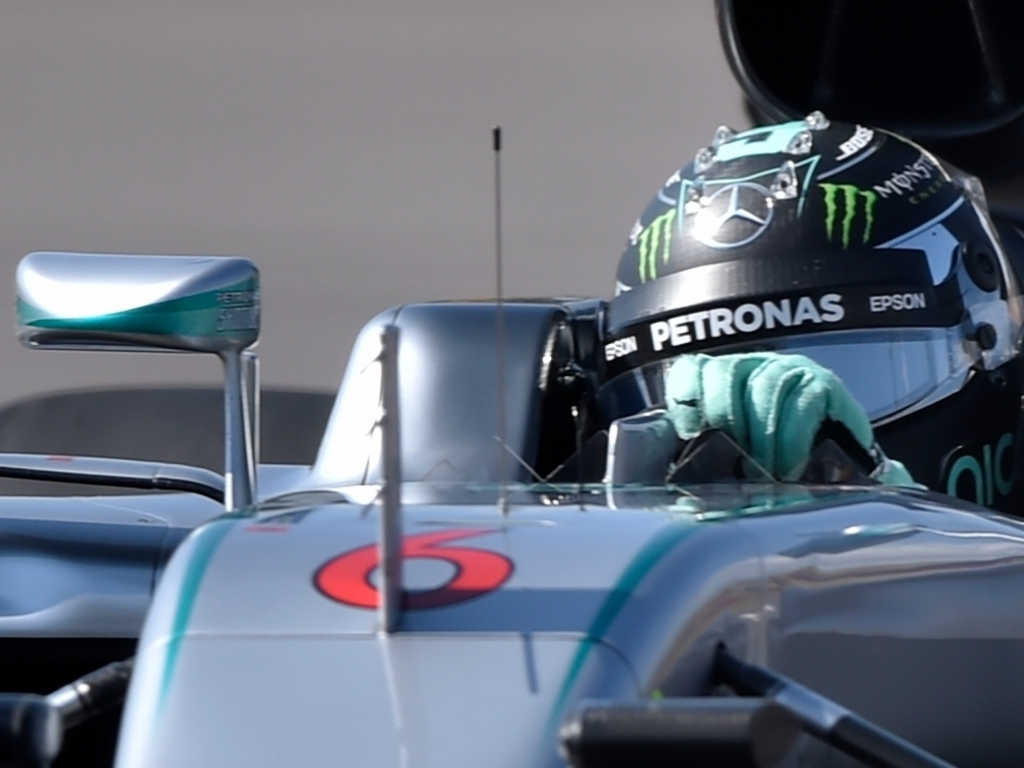 Nico Rosberg led a Mercedes 1-2 at the Russian GP on a Sunday where once again Sebastian Vettel fell foul of Daniil Kvyat’s antics.

There was first lap carnage at the Russian GP with Sebastian Vettel, Nico Hulkenberg and Rio Haryanto taken out on the opening lap.

Vettel, trying to overtake Daniel Ricciardo, was hit from the rear by Daniil Kvyat before he was hit again by the Russian racer, sending him crashing into the barrier.

Further back Hulkenberg was involved in an incident when he was hit from behind by Esteban Gutierrez.

Gutierrez, along with both Red Bull drivers as well as Sergio Perez, who had a puncture, all pitted for repairs while Haryanto retired when he was hit by a spinning car.

Kvyat was hit with a 10-second stop-go penalty for causing the collision with Vettel while Gutierrez was given a drive-through for his clash with Hulkenberg.

Back at the front Rosberg raced away after the Safety Car, brought out for the debris, was lifted while Lewis Hamilton took advantage of the chaos to slide into P5 at the Safefty Car and P3 by Lap 10 as he overtook first Felipe Massa and then Kimi Raikkonen. Valtteri Bottas was the driver between the two Mercedes team-mates on the track.

Hamilton took P2 off the Williams driver when he pitted and stayed ahead of him to run the 1-2 for Mercedes. Raikkonen improved to third when he took Bottas in the first round of pit stops.

The trio ran those positions through to the chequered flag as Rosberg raced to his fourth victory of this season by 25 seconds over Hamilton. In doing so Rosberg extended his lead in the Drivers’ Championship standings to 43 points.

Raikkonen finished in third as Ferrari maintained their run of podium finishes. Bottas was fourth for Williams while Felipe Massa made it a double points-haul for the Grove team as he was P5. He was also the only driver inside the top ten to pit twice.

Fernando Alonso scored his first points of this season as he brought his McLaren across the line in sixth place ahead of Kevin Magnussen, another driver to secure his first top-ten result of the season.

Romain Grosjean was eighth for Haas ahead of Sergio Perez and Jenson Button. It was both Perez and Button’s first points of 2016.

Daniel Ricciardo finished outside the points in 11th place while Carlos Sainz was P12 as he had a 10-second penalty for pushing Jolyon Palmer off the track.

Felipe Nasr was another who had a time penalty added, five seconds for ignoring Race Director’s instructions relating to Turn 2, which left him P16.

Max Verstappen was the only driver aside from the Lap 1 casualties to retire as he parked his Toro Rosso midway through the race.