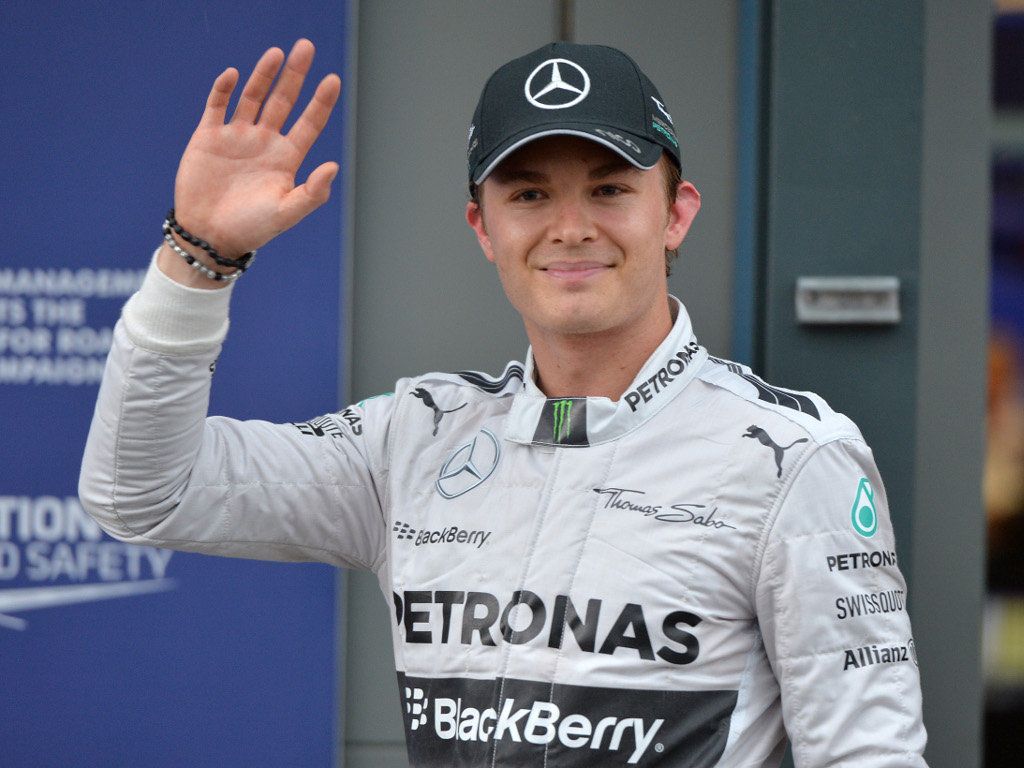 Taking the lead from Lewis Hamilton off the line on the second attempt at starting the race, the first was stopped when Jules Bianchi stalled, Rosberg began to etch out a lead over second-placed Daniel Ricciardo while those behind fought for third.

Hamilton, who had been the pole sitter, was soon out of that battle as the Mercedes driver – the favourite for Sunday’s win – encountered engine problems.

Dropping down the order, Hamilton pulled into the pits on lap 3 after being told “retire, retire. We need to save the engine”.

He was soon joined on the sidelines by another World Champion in Sebastian Vettel, who also had an engine failure. The Red Bull racer, who had earlier stated “this is ridiculous, guys” pitted and parked on lap 5.

Back at the front, Rosberg secured a dominant first win of the season by a comfortable 24.5s and thanked his Mercedes team for “what a car”.

Ricciardo joined him on the podium in second place having led the chasing Kevin Magnussen around the circuit with the McLaren rookie, who pulled off the overtaking move of the race when he took Hamilton around the outside on the opening lap, closing fast in the final ten laps.

The Dane, though, was not able to cover those final metres separating him from Ricciardo but still secured a podium finish on his Formula One debut.

Behind the leading trio the positions chopped and changed with Jenson Button eventually finishing fourth. It could have been very different for the Brit, though, as his jackman broke off the very tip of his nose in his second stop of the day.

Fernando Alonso had to fight hard for his fifth place as the Ferrari spent a large part of the grand prix under pressure from Nico Hulkenberg. However, in the latter stages the Force India driver begun to struggled and dropped to seventh behind Valtteri Bottas.

It was an impressive showing from Bottas as F1’s newest flying Finn came back from a broken wheel rim, that meant an unscheduled stop and a loss of positions, to finish sixth. The Williams driver demonstrated not only an impressive turn of pace but also great skills as he cut his way through the field.

Kimi Raikkonen, who struggled to keep his Ferrari on the track, Jean-Eric Vergne and Daniil Kvyat on his Toro Rosso debut completed the top ten.

Meanwhile, it was – as expected – a day for retirements as neither Lotus saw the chequered flag, Romain Grosjean retiring with 11 to go while Pastor Maldonado parked it after 31. That, though, was still more laps than Lotus had completed the entire weekend.

Caterham also failed to complete the grand prix as Marcus Ericsson pulled over with an engine problem and Kamui Kobayashi caused chaos at the start when he crashed into Felipe Massa off the line, putting both into the gravel.