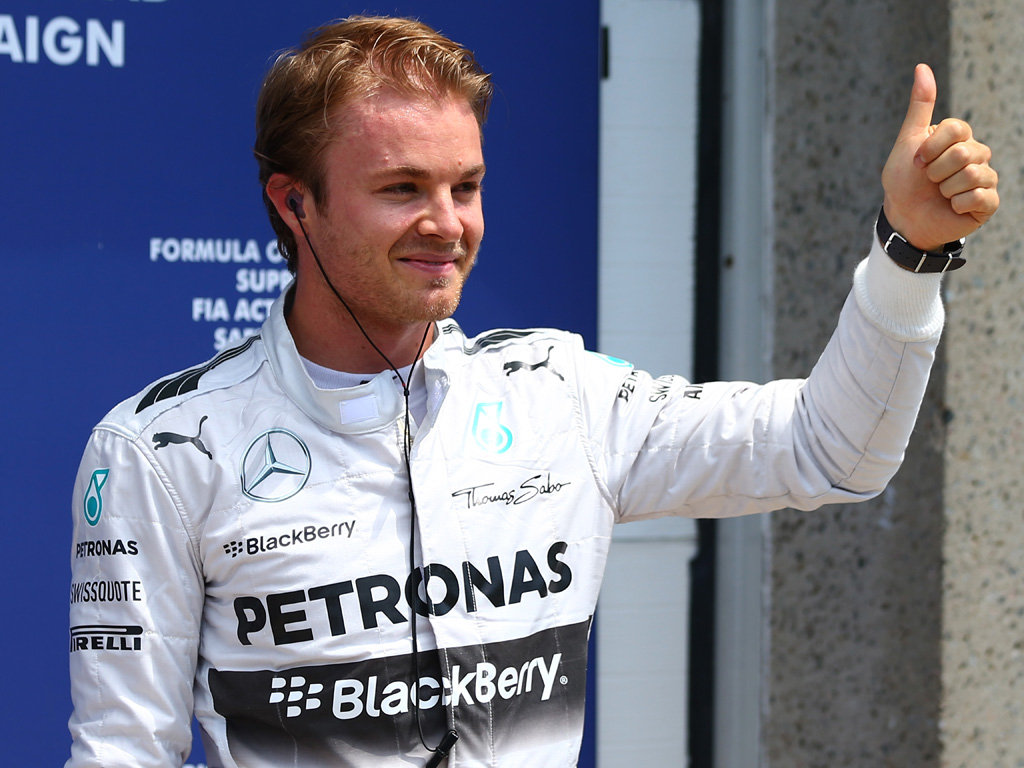 Nico Rosberg claimed the first F1 victory in Austria in more than a decade as he held off team-mate Lewis Hamilton to win on Sunday afternoon.

Williams took the fight to Mercedes in Sunday’s 71-lap Austrian GP, a race that was initially led by Felipe Massa.

The pole-sitter made a flying start to lead ahead of Rosberg and Hamilton, who jumped from ninth to fourth on the first lap alone, even overtaking Fernando Alonso through Turn 8.

The first round of pits stops saw a change in the order as Rosberg seized the advantage ahead of Bottas and Hamilton, while Massa was the big loser, dropping from first to fourth.

The second round of pit stops had Hamilton come in first, a lap ahead of Rosberg and two before Bottas. That allowed Hamilton to leapfrog Bottas but not Rosberg. And when Massa pitted it was a Mercedes 1-2 followed by a Williams 3-4.

Managing the gap to his team-mate, Rosberg crossed the line 1.9s ahead of Hamilton to take his third win of this season, extending his lead in the Drivers’ Championship to 29 points over the British racer.

Bottas joined the Mercedes duo on the podium while Massa was fourth ahead of his former Ferrari team-mate Fernando Alonso.

Ricciardo had the better day out of the two Red Bull racers as Sebastian Vettel’s challenge ended on lap two when he “lost drive” and was forced to pull over on the side of the track. The reset worked and he was back up and running but down in 22nd place.

His race went from bad to worse when an attempted pass on Esteban Gutierrez – who had earlier been penalised when Sauber released without his rear right properly attached – resulted in a broken front wing for Vettel.

The reigning World Champion’s afternoon came to an end on lap 36 when he was told “box, box, we are retiring the car.”

He was the second retirement of the day after Daniil Kvyat’s race ended 10 laps earlier when he went off at Turn 5 with “no brakes.” Left with a shredded rear right tyre and most likely suspension damage, he parked his car. Jean-Eric Vergne joined his team-mate when he pitted on lap 61 having also lost his brakes.