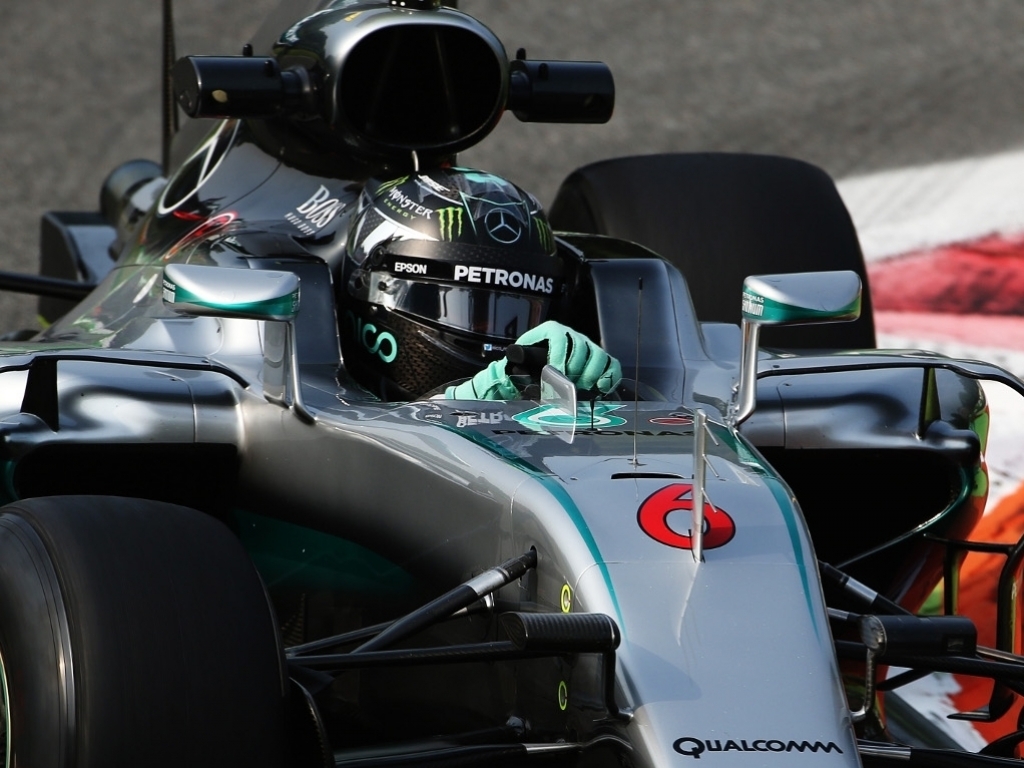 Nico Rosberg claimed his first Italian GP win as he beat Lewis Hamilton to the chequered flag, reducing the Brit’s advantage in the standings to just two points.

On an afternoon where many expected Hamilton could run away with it after his dominant display in qualifying, a tardy start for the Brit cost him P1 and handed the initiative to Rosberg.

Hamilton was bogged down on the long run in to Turn 1 and dropped from first to sixth but made it back up to fifth on the second lap as he powered past Daniel Ricciardo through Curve Grande.

While he worked his way through the traffic, told not to panic as “the three cars ahead [Vettel, Raikkonen, Bottas] are on supersoft tyres – they’ll be quick for a few laps then they will degrade”, Rosberg put some distance between himself and second placed Sebastian Vettel. More to the point, he pulled away from Hamilton by a second per lap.

The German had the better pace of the Mercedes drivers as Hamilton, passing Valtteri Bottas for fourth, reported that his tyres were “pretty wasted.” By the time he was elevated to P2, after the Ferraris drivers pitted, Hamilton was 14.5s down.

On worn soft tyres he was not able to pull away from the Ferraris – Vettel third and Raikkonen fourth after their first stops – who were on fresh supersoft tyres. As such when Hamilton pitted to swap his softs for mediums, mimicking the strategy Rosberg took a lap earlier, he was back down to fourth, 11.4s behind his team-mate.

It was all change again as Vettel, lap 34, and Raikkonen, lap 35, came in for their second stops of the afternoon, swapping their supersofts for soft tyres. This again put Hamilton up into second where he was 10 seconds behind Rosberg with a straight run to the line.

But it was all Rosberg as the World Champion did not have the speed needed to close the gap. Rosberg raced to the win, his seventh of this season but his first at Monza, by 15 seconds over Hamilton. The Brit retains the lead in the Drivers’ standings but only by two points.

Vettel was third much to the delight of the tifosi while Raikkonen was fourth.

Ricciardo and Bottas engaged in a strategy battle for fifth with the Red Bull driver’s late swap to the supersofts given him an advantage in the final stage. He took P5 with five to go.

Max Verstappen was seventh with his Lap 49 pass on Sergio Perez leaving the Force India to take evasive action, while Felipe Massa and Nico Hulkenberg completed the top ten.

Felipe Nasr and Jolyon Palmer were the first retirements as they were involved in an early incident. The Renault tried to pass the Sauber but was squeezed, they touched and both cars suffered damage resulting in retirements.

Pascal Wehrlein joined them on lap 28, told to “stop the car immediately and pull off.” He did. Daniil Kvyat parked his Toro Rosso as his wretched season continued in Italy.