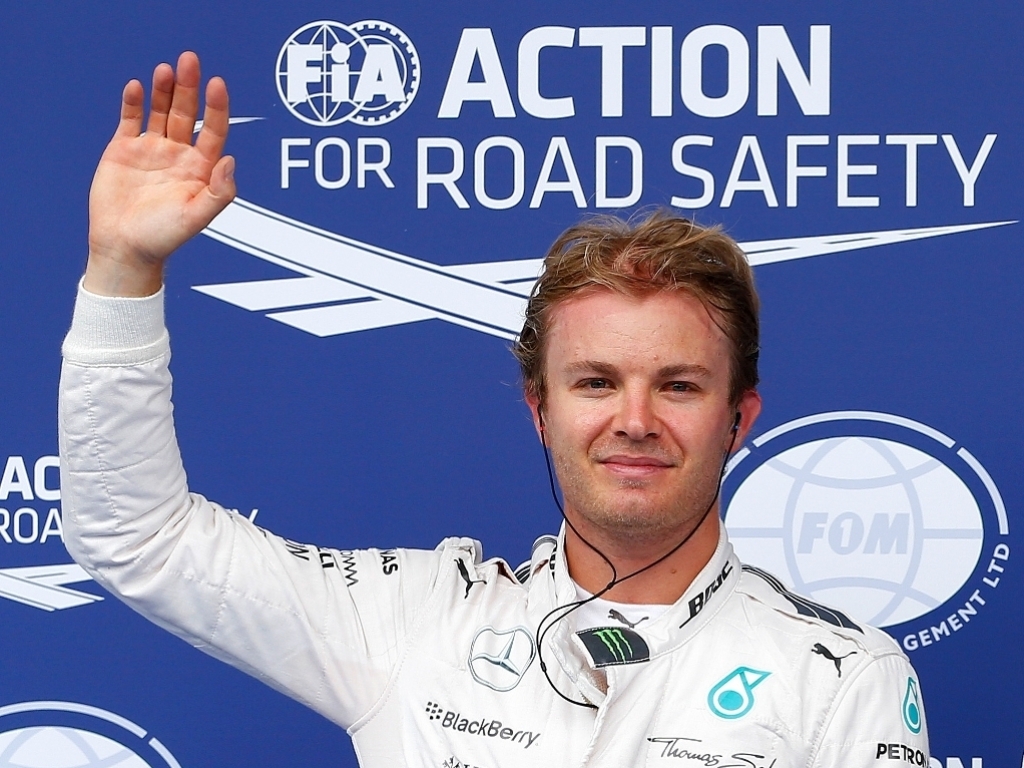 An pass off the line paid dividends as Nico Rosberg beat Lewis Hamilton at the Austrian GP, a race marred by seven penalties and one massive crash.

Mercedes made a flying start to Sunday's Austrian GP but instead of pole-sitter Lewis Hamilton it was Nico Rosberg who led after the first lap. Despite being squeezed by Hamilton off the line, Rosberg edged ahead of his team-mate to lead the Austrian GP.

But there was just one lap of racing before the Safety Car came out.

A huge crash between Kimi Raikkonen and Fernando Alonso brought out the Safety Car on the first lap. Trying to make up positions due to lowly starts, Raikkonen has a tank-slapper out of Turn 2 and, as he went to correct it, he was hit hard by Alonso. The Spaniard's McLaren finished up on top of the Ferrari with both cars in the Armco barrier.

Alonso climbed from his car and immediately went to check on Raikkonen, handshake between the former team-mates. Thankfully both drivers were unhurt.

The Safety Car was brought out as the marshals needed a tractor to clear the cars and debris while Daniil Kvyat pitted for a new nose, his RB11's broken in a separate incident. Will Stevens retired moments later, parking his Manor on the side of the track after being told to turn it off.

The race resumed on lap 7 and, a lap after taking his 10-second stop-go penalty, Jenson Button was told to "box this lap, retire the car" as McLaren's Austrian GP came to even quicker conclusion than their Canadian outing.

Marcus Ericsson joined the ever growing list of those penalised in Canada when news broke that he was to take a drive-through penalty for jumping the start. That dropped him to P16, last of the runners.

Back at the front, Rosberg put a bit of breathing room between himself and Hamilton as the Mercedes drivers pulled away from Sebastian Vettel and the chasing pack. A third of the way through the race it was a two-driver battle for the win as the duo were 10 seconds ahead of the Ferrari driver.

The sixth penalty of the weekend (following the Red Bull and McLaren engine penalties and Ericsson's jump start) was handed down mid-race to Carlos Sainz for speeding in the pitlane. It was a five-second time penalty. Shortly after, the Toro Rosso driver reported "no power, no power" and was forced to retire.

Rosberg was the first of the front runners to pit, having to brake hard to slow down to the pitlane speed limit. A clean stop and he came out in third place behind Hamilton and Vettel. Hamilton pitted a lap later and came out behind his team-mate, who had put in a fastest lap time to ensure he regained P1. The gap between the two was 4.6s.

Vettel, the last of the leading trio to pit, had a dismal stop as there were issues with his rear right. In the pits for 13 seconds, he dropped to fourth place behind Felipe Massa.

Hamilton became the seventh driver penalised as he was handed a five-second penalty for crossing the pitlane exit line while Romain Grosjean was the sixth driver to retire, parking his E23 due to a gearbox failure.

His penalty had no impact on the race result as Rosberg romped to the win ahead of Hamilton, who was well ahead of the third-placed car. With the penalty added to Hamilton's time, Rosberg won by 8.8s. The German's victory, his third of this season, means the two Mercedes team-mates are now separated by just 10 points in the race for the World title.

Third place went to Massa, who held off Vettel's late challenge to complete the podium while Valtteri Bottas brought his Williams home in fifth place.

Nico Hulkenberg followed up his Le Mans 24 Hours success with a solid points-haul as he was P6 ahead of Pastor Maldonado and Max Verstappen. Fighting for position with two laps remaining, Verstappen locked up and ran off the track which allowed Maldonado to take P7.