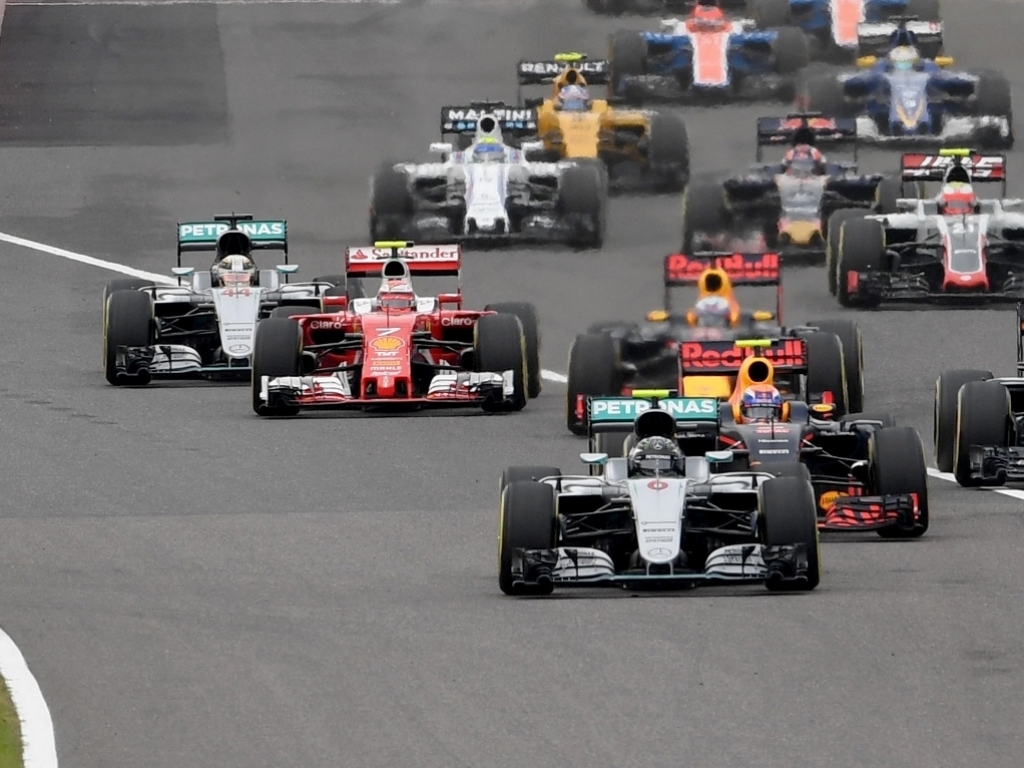 Nico Rosberg’s season of firsts continued at Suzuka on Sunday as he made the most of Lewis Hamilton’s poor start to race unchallenged to the victory at the Japanese GP.

The Japanese Grand Prix, round 17 of the 2016 championship, was decided at the start as Rosberg pulled away from pole position while Hamilton was bogged down. The Brit fell from P2 to P8 in a matter of metres.

Hamilton’s wretched start, not his first of this season, handed Rosberg a free run to line as the chasing Red Bulls and Ferraris didn’t have the pace to challenge.

Max Verstappen tried to undercut Rosberg in the first round of pit stops, which did allow him to close the gap from six to two seconds. However, Rosberg immediately set about rebuilding his advantage. Hamilton was up to fourth.

Verstappen repeated that strategy in the second round of stops, closing the gap to Rosberg to 4.5s. Hamilton leapfrogged Sebastian Vettel for third with the Ferrari driver opting for a set of the soft tyres to his rivals’ hards.

None of them, though, had an answer to Rosberg’s pace. He raced unchallenged to the win ahead of Verstappen, extending his lead in the Drivers’ Championship to 33 points over Hamilton.

The Brit could only recover as far as third as he came up behind Verstappen in the closing laps. The Red Bull racer did not give an inch and Hamilton’s one attempt at a pass ended with the World Champion heading up an escape road. Hamilton, like many before him, accused Verstappen of moving under braking.

Vettel was fourth as the decision to put on a set of soft tyres did not pay off for Ferrari. He finished ahead of Kimi Raikkonen and Daniel Ricciardo.

Sergio Perez, who had been running as high as third in the opening laps, brought his Force India across the line in seventh place, beating his team-mate Nico Hulkenberg.

Felipe Massa and Valtteri Bottas complete the top ten as Williams opted for a one-stop strategy for both drivers.