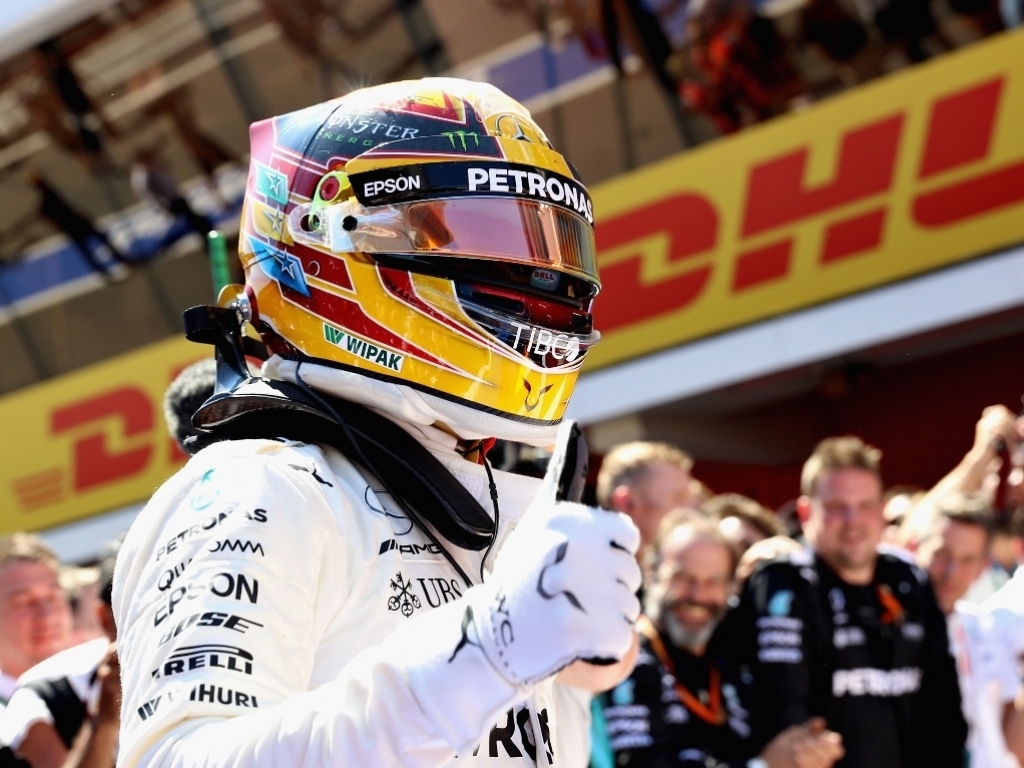 Lewis Hamilton’s love affair with the Canadian Grand Prix continued on Sunday as he raced to an unchallenged victory, his sixth at the Circuit Gilles Villeneuve.

It was all about Hamilton and Sebastian Vettel as the championship protagonists lined up on the Montreal grid. However, by the end of lap 1, one was smiling and the other one’s race was falling apart.

While Hamilton stormed away from pole position, Ferrari and Valtteri Bottas were caught out watching one another and instead it was Max Verstappen who pipped all three, flying around the outside to jump from fifth on the grid to second.

In the process Vettel was squeezed between Verstappen and Bottas with the former making contact with the Ferrari’s front wing. Vettel, who was fell to fourth, was forced to pit on lap 5 for a new wing, which dropped him to 18th.

Hamilton had a lonely afternoon as he raced unchallenged to the victory, his sixth at the Canadian Grand Prix on an afternoon where he never once relinquished P1.

Vettel, who had to pit for a second time given his early stop, recovered to P4. The result means the British racer has narrowed the deficit in the title race to 12 points.

Bottas finished the race in second place while Daniel Ricciardo bagged his second podium in as many races with a P3.

It was a good afternoon for Force India with Sergio Perez fifth while Esteban Ocon was P6. Force India, though, may be left regretting their earlier decision not to order Perez to yield to Ocon, who was on fresher rubber but unable to pass his team-mate.

Kimi Raikkonen, who had a late brake issue, was seventh ahead of Nico Hulkenberg and Lance Stroll, who scored his first F1 points and did so at his home race. Romain Grosjean was tenth for Haas.

For the 12th time in 20 races the Safety Car made an appearance in Montreal as Carlos Sainz squeezed Romain Grosjean which resulted in contact. Sainz spun and found himself travelling backwards and into Felipe Massa, both retiring.

Grosjean pitted for a new front wing while Pascal Wehrlein, who started from the pit lane after his Q1 crash, also pitted.

“What are they doing? A crazy start. They need to calm down,” was Fernando Alonso’s assessment.

The Virtual Safety Car was also used as, on lap 11, Verstappen’s charge came to naught. The Dutchman’s RB13 ground to a halt at the side of the track between Turns 2 and 3 with Red Bull putting it down to a “suspected battery issue.”

He was joined on the sidelines by Fernando Alonso, who was P10 with two laps to go when he pulled over, and Daniil Kvyat, who had an eventful afternoon. The Russian driver was stranded on the grid at the start of the formation lap and earned a drive-through penalty for retaking his grid slot.

He was then handed an additional 10sec time penalty as the stewards ruled that their initial penalty was incorrect. Complaining of a vibration he was told to pit and in the chaos over tyres was told to stop the engine. He restarted it and rejoined only to retire two laps later.