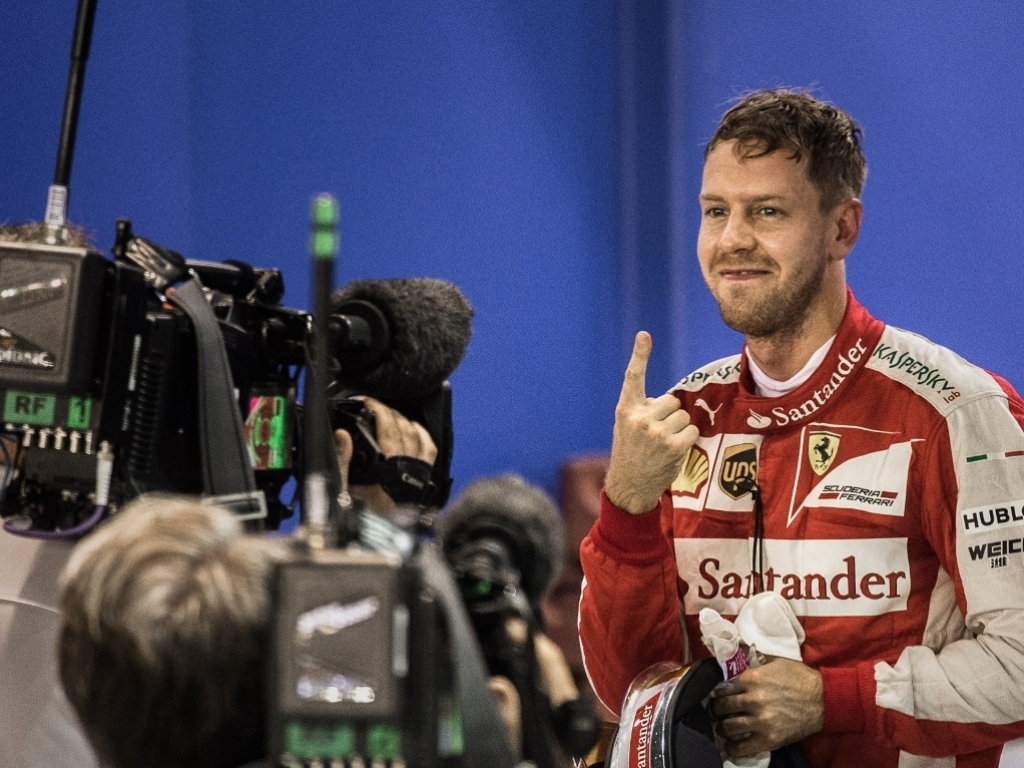 Sebastian Vettel survived two restarts to win the Singapore GP and in doing so closed the gap to Lewis Hamilton in the Championship, helped by the Brit's DNF.

It was a tale of two speeds for Vettel as he raced to his third victory of this season at the Singapore GP.

Starting from pole position he went flat-out and had a lead of over five seconds when the first Safety Car – the result of Felipe Massa and Nico Hulkenberg's accident on lap 13 – came out.

However, after the restart he opted for a calculated move as he kept his pace down and forced second placed Daniel Ricciardo into his Ferrari team-mate Kimi Raikkonen's clutches.

But with Raikkonen not taking advantage, Vettel suddenly floored it and extended his lead from one second to three in just one lap.

He held a four-second advantage when the Safety Car came out for a second time, this time because a spectator was walking along the edge of the track.

As with the initial race start, Vettel went flat-out and was two seconds up after one lap. He continued to extend that as he raced to his third win of this season by 1.4 seconds over Daniel Ricciardo. It was Vettel's 42nd career win and pushed him ahead of Ayrton Senna on the list.

Raikkonen held on to finish third, keeping the Mercedes of Nico Rosberg off the podium. It was a disappointing race for the Brackley squad as while Rosberg never had the pace to challenge for the top three, his team-mate Lewis Hamilton retired for the first time this season. He reported a loss of power and over the course of a few laps dropped from fourth to outside the points as Mercedes tried to restarst the car. He eventually retired.

Valtteri Bottas was fifth for Williams ahead of Daniil Kvyat and Sergio Perez while Max Verstappen, who disobeyed a late team order to handed P8 to Carlos Sainz, has to be one of the stars of the grand prix.

He was unable to leave the grid under his own power and was pushed off the grid and into the pits by the marshals. Rejoining the race a lap down, the Toro Rosso driver never gave up and unlapped himself behind the first Safety Car before racing into the points.

Aside from Hamilton, the night's retirements included Hulkenberg, who has been handed a three-place grid penalty for Japan after being deemed responsible for his collision with Massa. The Williams driver, despite continuing in the immediate aftermath of the accident, later retired as too did Fernando Alonso.

The McLaren driver had been running inside the top ten when he pulled into the pits and parked his Honda-powered car on lap 34.

McLaren's woes were compounded as Jenson Button had a 39-second first pit stop because of a front right problem while later, having worked his way inside the points, he collided with Pastor Maldonado and had to pit for a new front wing. He retired on lap 53 with a gearbox issue.