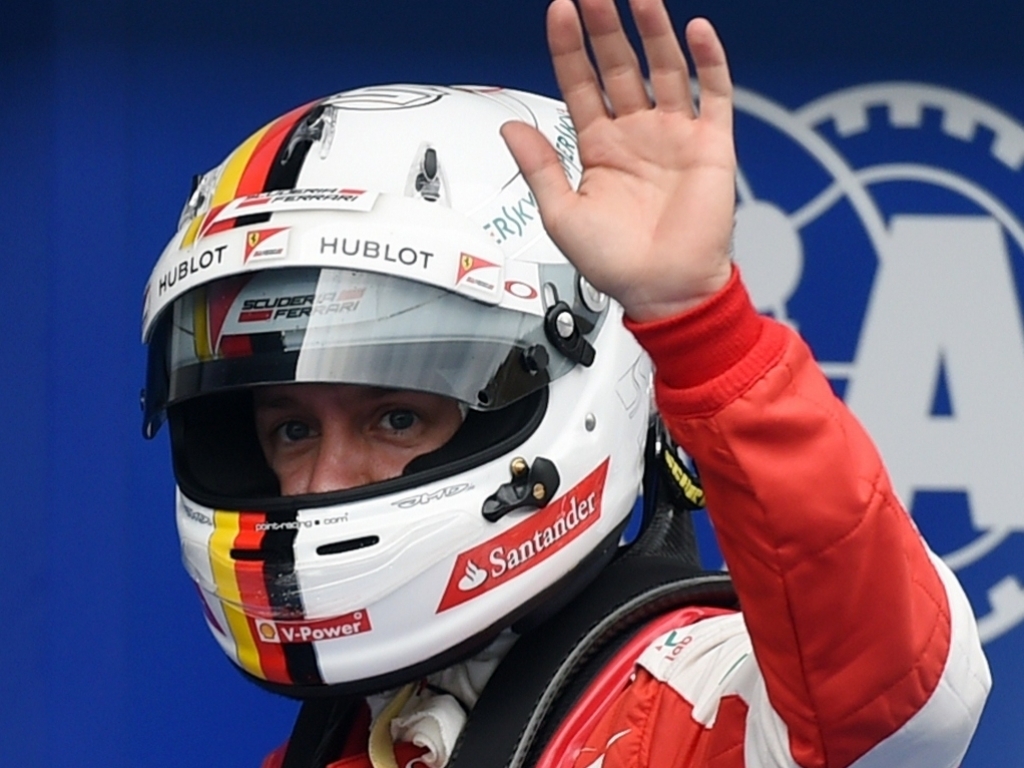 In only his second race as a Ferrari driver, Sebastian Vettel put Ferrari back onto a winning path with the victory at the Malaysian GP.

The four-time World Champion went into this season with the aim of winning races, something Ferrari did not managed to do all of last year, and achieved that feat on Sunday as he triumphed in a thrilling battle against Lewis Hamilton.

Hamilton, the pole-sitter, led off the line at the Sepang circuit while Vettel cut across the track to ensure Nico Rosberg did not take second. The trio began to etch out an advantage only for that to be negated when the Safety Car came out for Marcus Ericcson's mistake.

Running in eighth place, the Sauber driver slide off the track and beached his C34.

This led to a mad dash to the pits with then race leader Hamilton as well as Rosberg both pitting.

Vettel did not and, when the race restarted, he was P1 ahead of Nico Hulkenberg, Romain Grosjean and Carlos Sainz, all of whom opted not to stop.

Hamilton quickly began to make inroads into the leading four while Rosberg, who was a few positions further back at the restart, did the same with those ahead of him.

Within six laps Hamilton was up to second but, having lost time in the traffic, was trailing Vettel by 9.8s. Sector after sector that gap was reduced while Rosberg followed his team-mate through to slot into third.

That became first and second for the Mercedes runners when Vettel pitted on lap 17. He emerged in third but made that second when he used the DRS to slide up the inside of Rosberg.

The Ferrari driver quickly closed up on Hamilton, who complained he was "sliding around out here." As he caught him, Hamilton pulled into the pits for fresh rubber and came out in third place which laps later was second as he overtook Rosberg.

With 20 to go, Vettel was leading by 14s over Hamilton while Rosberg was third. All three needed another pit stop. Vettel was the first, pulling in on lap 38, and reliquishing the lead to Hamilton. He came out second, mere meters in front of Rosberg's W06.

A lap later Hamilton was in, putting Vettel back up into P1. The gap between the two ahead of a 17-lap race for the victory, was 14.3s and both were on the hard tyres. Hamilton was frustrated with that tyre decision, questioning his team's strategy and telling them "don't talk to me through the corners."

As the laps counted down, the Mercedes driver just didn't have the pace to close up on Vettel who raced to his first victory at a Ferrari driver. And his first since 2013, the year he won the last of his four World titles.

Hamilton was second, 8.5s back, while Rosberg completed the podium.

Kimi Raikkonen finished fourth having made a great recovery from a rear-left puncture at the start of the 56-lap race which forced him into an early stop.

Valtteri Bottas was fifth ahead of his team-mate Felipe Massa, having pulled off a last lap pass, while both Toro Rosso rookies scored with Max Verstappen seventh and Carlos Sainz eighth.

The Red Bulls completed the top ten with Daniil Kvyat ahead of Daniel Ricciardo. Rather embarassingly for Red Bull Racing, they were both by former driver Vettel three laps before the end of the race.

There were three penalties during the race, one for Pastor Maldonado, a Safety Car infringement, and one each for the Froce India drivers. Nico Hulkenberg was deemed responsible for his coming together with Daniil Kvyat while Sergio Perez was blamed for putting Romain Grosjean into a high speed spin.

It was a disappointing end to the race for Fernando Alonso on his McLaren return. He had been running in eighth place when McLaren told him to box as "we have a car problem and that's the end of our race." Jenson Button later retired with 14 to go after he lost power in his McLaren-Honda.