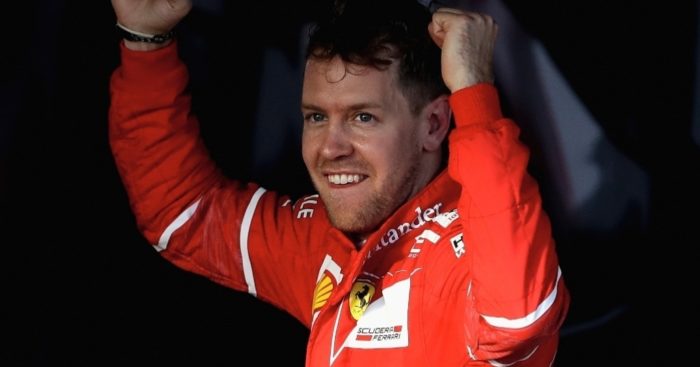 Patience, traffic and a Safety Car for Pascal Wehrlein’s dramatic crash were the name of the game as Sebastian Vettel raced to the win in Monaco having undercut Kimi Raikkonen.

Despite some wondering whether Ferrari would play the team game from the start, it was pole-sitter Raikkonen who led throughout the opening stint of the race, slowly but surely putting space between himself and Vettel, who in turn dropped Valtteri Bottas.

Lewis Hamilton, P12 and losing time with every lap, was told “our race comes later.” He was up to tenth by lap 19, elevated by the retirement of Nico Hulkenberg (gearbox) and Sergio Perez. The latter pitted for a new front wing having suffered endplate damage.

After 20 laps it looked as if Ferrari would run away with it only for traffic to negate Raikkonen’s lead over Vettel. Bottas also closed up, 1.7s between himself and the German, while Max Verstappen was running.

The Red Bull driver was the first of the front-runners to pit with Bottas in a lap later. He came out ahead. Raikkonen was the next in while Vettel laid down fastest sectors and fastest laps. He came out P1 after his one and only stop, 0.9s ahead of Raikkonen.

He immediately began to put seconds between himself and the Finn and was leading by 10 seconds on lap 51. His advantage was up to 20s when Pascal Wehrlein suffered a serious crash with his Sauber coming to a halt on its side in the barriers at Portier.

Jenson Button, who started from the pit lane and almost clashed with Wehrlein in the pits earning the Sauber driver a five-second penalty for an unsafe release, retired as well as he was the driver who caught Wehrlein, tipping the Sauber.

The action resumed with only 16 cars running as Marcus Ericsson joined the list of retirements as he crashed behind the Safety Car while trying to unlap himself. He reported that he was unable to turn the car.

11 to go and the racing resumed with Vettel easily pulling clear of Raikkonen while Ricciardo, Bottas and Verstappen faught over third place. As Stoffel Vandoorne and Daniil Kvyat added their names to the retirement list, Vettel and Raikkonen raced to the 1-2 for Ferrari with the German earning the Scuderia’s first Monaco win since 2001.

Ricciardo joined the Ferraris on the podium having earlier used the over-cut to leapfrog Bottas and Verstappen.