Home Uncategorized Race: Vettel wins with Ferrari Down Under 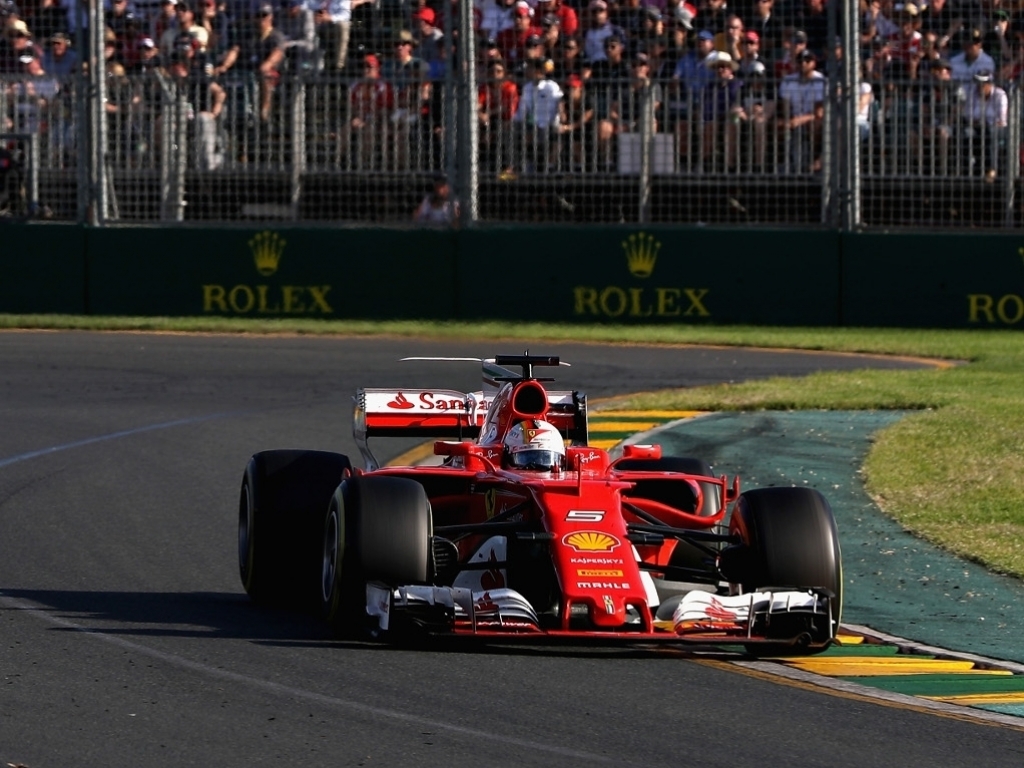 Sebastian Vettel put Ferrari back onto the top step of the podium as their pre-season form was realised at the Australian GP with the German winning ahead of Lewis Hamilton.

Ferrari’s call to over-cut Hamilton in the pit stops effectively set up Vettel for the Scuderia’s first win since Singapore 2015.

Appearing to be more racy than the Mercedes on the soft tyres, the German held a lead of 6s over Hamilton midway through the race.

This led to talk of switching to “Plan B” for Hamilton, a two-stopper, however, in the end Mercedes declared they were pushing on with “Plan A”.

With 20 laps remaining Valtteri Bottas came into play having closed the gap to Hamilton in second to 2.7s.

As Vettel raced to the victory, taking the chequered flag by 10 seconds as he began his season with the perfect score of 25, Hamilton came under pressure from Bottas.

The Finn closed the gap to roughly two seconds but was unable to make further inroads, resulting in a second-placed finish for Hamilton and a first Mercedes podium for Bottas.

Kimi Raikkonen crossed the line in fourth place as he held off Max Verstappen. The Dutchman went with the supersoft tyres in the second stint and closed the gap but not enough to challenge for P4.

Felipe Massa was sixth ahead of Sergio Perez, Carlos Sainz and Daniil Kvyat, who made a late pit stop.

Fernando Alonso dropped from 10th to 12th with six laps remaining as Esteban Ocon and Nico Hulkenberg both attacked through the same corner. It was Ocon’s first F1 point while Alonso retired two laps later.

There was drama on the way to the grid as Daniel Ricciardo’s RB13 got stuck in sixth gear. The car was trucked back to the pits where Red Bull immediately began working on it.

They got Ricciardo’s car up and running and he entered the fray two laps down. Test session for the Aussie with the hope of Safety Car or two. “Alright Daniel, get stuck in. Have fun!” was the rallying cry. He was up to P17 but still two laps down when he retired at Turn 3.

Romain Grosjean, who had been running P7, was the race’s first retirement on lap 15 with an engine failure with Jolyon Palmer parking his Renault on lap 18 with brake issues.

Marcus Ericsson, who was involved in a first lap collision with Kevin Magnussen, retired on lap 23 while Lance Stroll’s debut race ended on lap 44 after a big off. Magnussen parked his Haas on the side of the track with seven laps remaining.