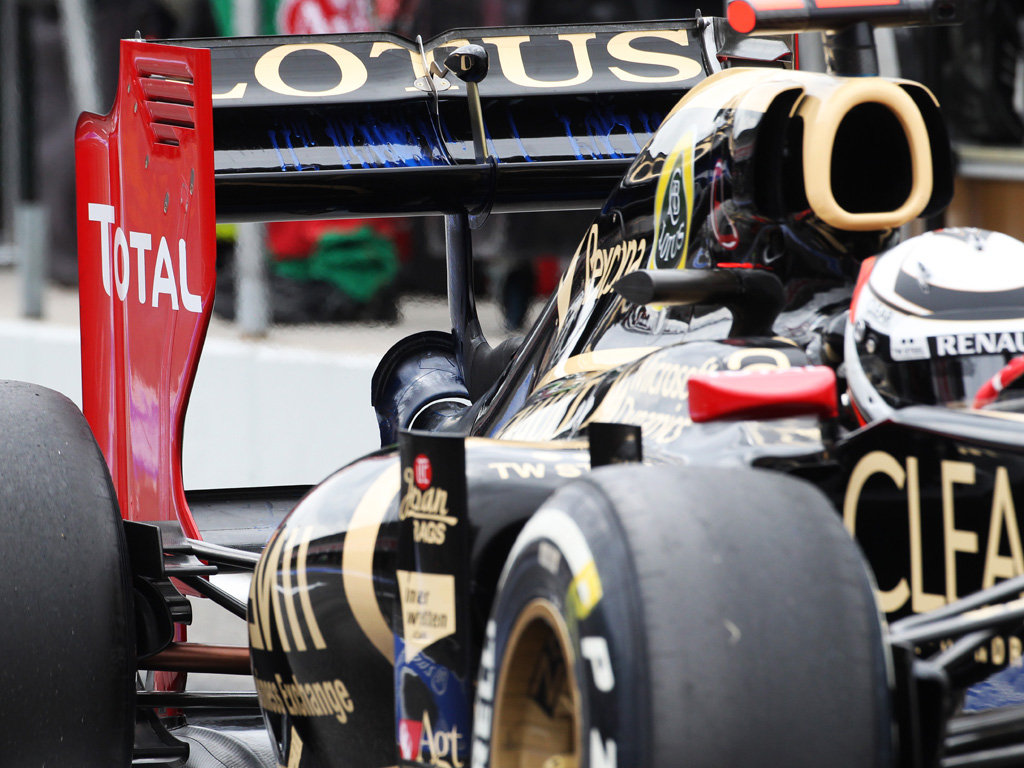 The 2007 World Champ ran his team’s new double DRS system – their response to the device debuted by Mercedes at the start of the season – in Friday’s practices at the Hockenheim circuit.

However, mixed conditions, which saw the rain come down in both 90-minute sessions, meant Lotus were not able to get in as much dry running as they had wanted.

Raikkkonen finished his day tenth on the timesheets.

“We didn’t learn a lot today with the weather conditions as they were; it was like Silverstone when we also didn’t have very good conditions,” said the Finn.

“We tried a few different things which I think some people noticed today. It would have been nice to have some more dry track time but you can’t do anything about that.

“The track does feel quite slippery when it’s wet ; it’s definitely not very grippy in these conditions.

“Overall, it was a pretty normal Friday when you try different things and get as much running as the weather allows.”

Meanwhile, Alan Permane, Lotus’s trackside operations director, confirmed that the team would not run the double DRS system tested by Raikkonen on Friday.

“Both cars ran with aero updates, which were rather more visible on one car than the other,” he said.

“We’ve seen encouraging signs from our latest prototype concept and although we won’t race it here, it’s likely to make another appearance during practice in Budapest.”