Home Uncategorized Raikkonen: A shame but that’s it 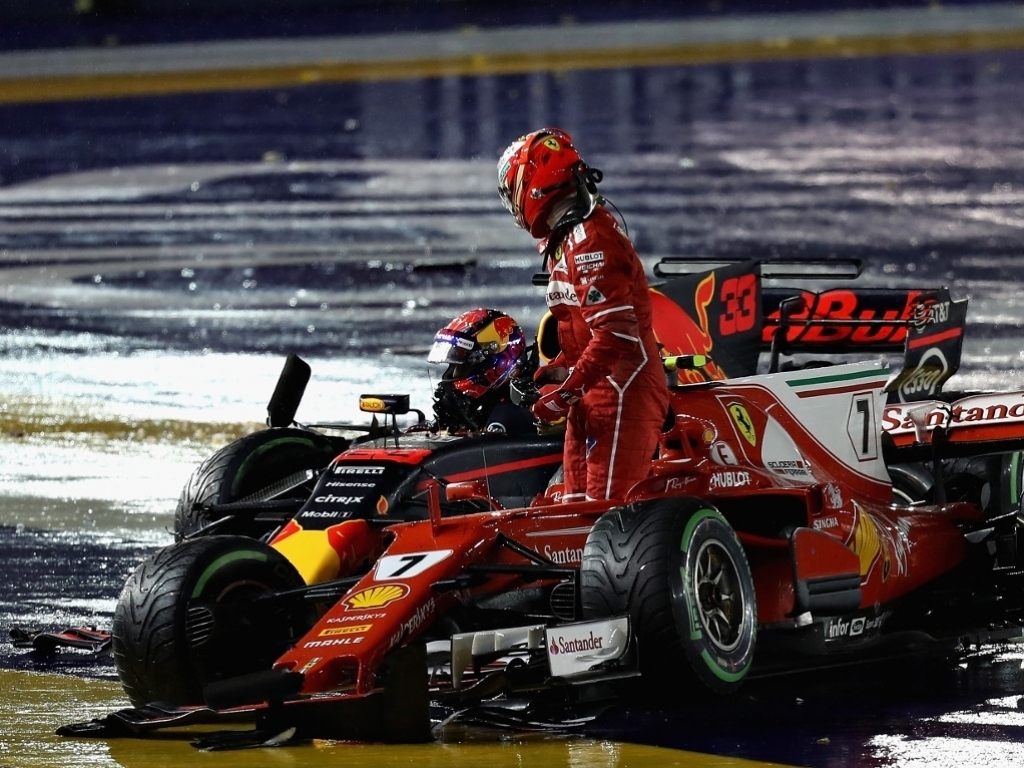 Kimi Raikkonen summed up his exit from the Singapore Grand Prix in typical Kimi style; “I got hit.”

The Ferrari driver made a flying start to Sunday’s grand prix, however, that put him firmly in the firing line as he swooped up the inside of Max Verstappen only for Sebastian Vettel to come across the track.

The trio made contact which ultimately resulted in a triple retirement.

“I got hit,” was Raikkonen’s summary of what happened.

“I made a good start and I got hit and obviously there was nothing I could do after that. That was the end of the race so now we see what happens.

“I don’t know about Max, you have to ask him. It was one of those things and you pay a big price for it.

“But I don’t think I could have done anything different from what I did to avoid it. It’s a shame but that’s it.

“I had a good first 100 metres but then the race ended there. We’re out and it’s far from ideal.”

As for who he believes is responsible, Raikkonen says that is irrelevant, the only important part is that he – and his team-mate – were out of the race.

“Blame? The end result is the same whichever way you look at it. That’s really the only thing that matters now and whatever comes after that it still doesn’t make any difference.

“The fact is we cannot change it that we’re no longer in the race – that’s really the bad part. The painful part for us is that both our cars were out of the race after the first few hundred metres – it’s far from what we would have hoped for.

“It was one of those things and it was obviously bad for our race. Far from ideal, but it is what it is.

“You probably saw it better than me, but we got hit and taken out; that was the end of our race. The are always different views from the people watching it, but I don’t know. All I know is that I couldn’t have done anything differently to avoid it.”