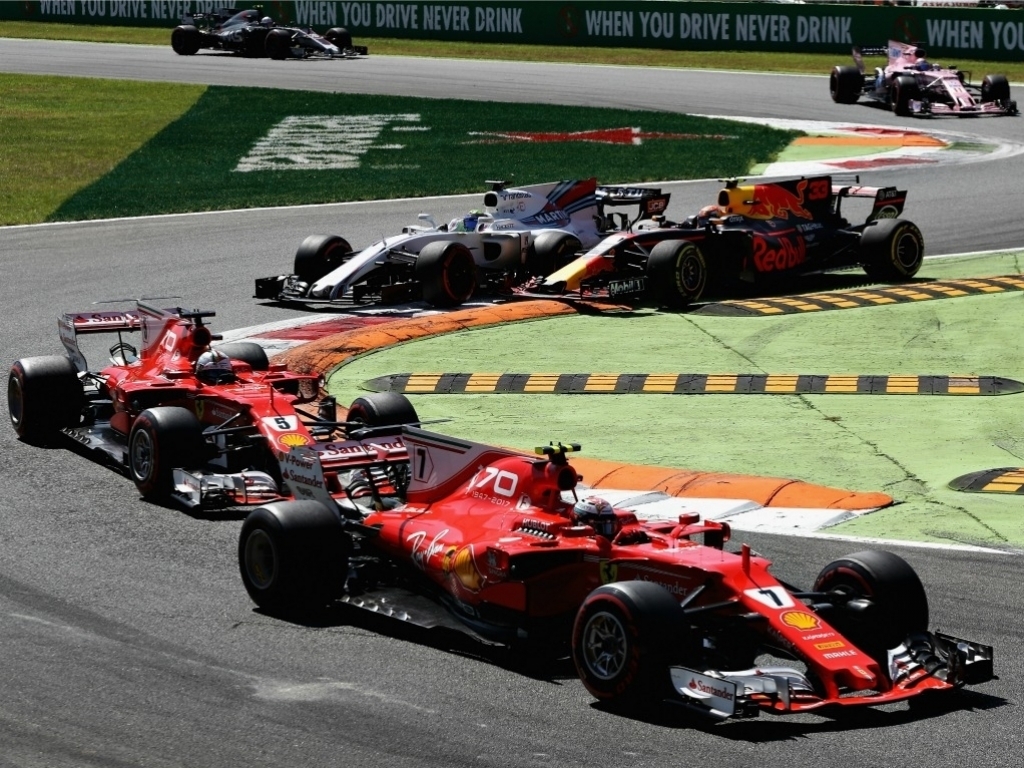 Kimi Raikkonen has revealed that he was wrestling with the Ferrari car all afternoon at Monza on a poor showing for the Scuderia at home soil.

The Finn was involved in a fantastic battle in the opening stages with Valtteri Bottas, but the Mercedes soon asserted their dominance.

Raikkonen ended up limping home in P5, over a minute behind race winner Lewis Hamilton and beaten to fourth by Red Bull's who started from P16 on the grid.

"The first lap was okay but then I struggled a lot behind… I don't know who exactly it was," Raikkonen said.

"I tried to enter in some corners and was losing the car, obviously it got a bit better but still struggled through the last corner, I almost spun a few times there.

"I didn't really get any good runs in the straight; obviously I managed to get past the guys but it was just a difficult day.

"Overall I think the whole weekend, it was not an easy weekend, some laps were better than others but most of the time I was just lacking the grip and didn't have the pace to do anything."

Like Sebastian Vettel, Raikkonen had no answers as to why Ferrari struggled so much.

He said: "I don't know, obviously it's a very difficult question as if we know we obviously would improve straightway.

"But if you take pure layout it's probably one of the circuits that was not going to be so easy for us unfortunately."