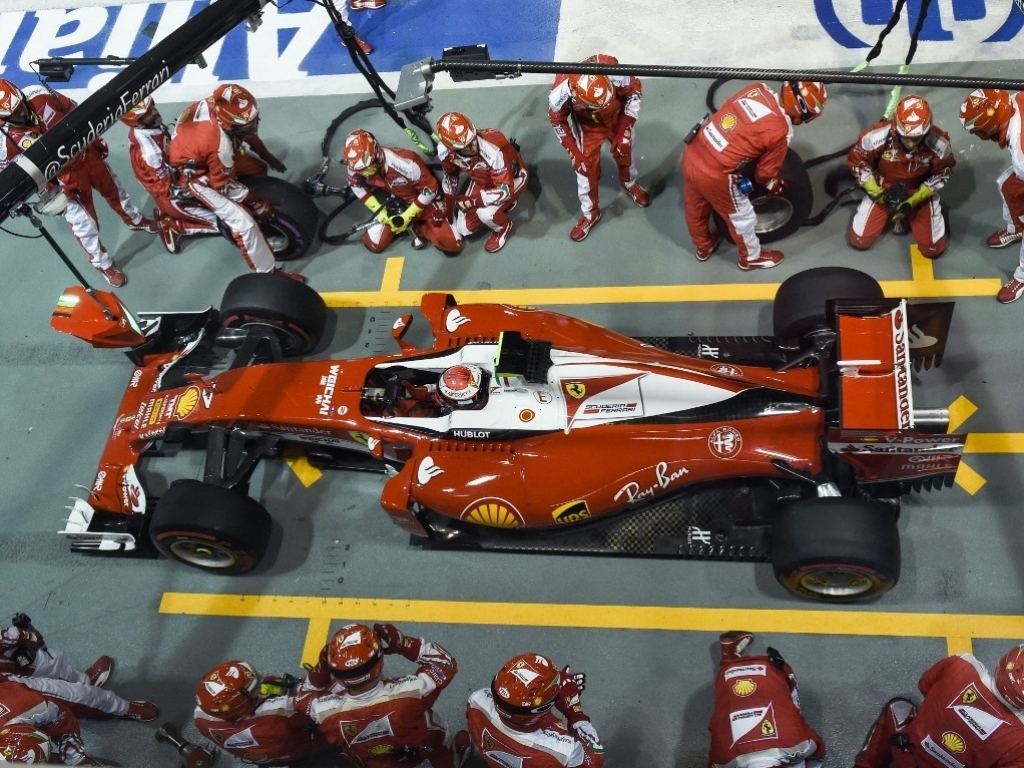 Kimi Raikkonen stated that he is unsure whether Lewis Hamilton would have caught up to him had he stayed out on his soft tyres after losing out to the Brit for a podium finish in Singapore.

The Finn overtook the triple World Champion in emphatic style on the inside for P3, and enjoyed a good amount of laps in front of him.

However, Mercedes decided to pit Hamilton with hopes of him undercutting the Scuderia driver, which proved successful as Raikkonen failed to get ahead of him after he too was ordered to box.

The 2007 World Champion couldn’t regain his position after the decision and admitted he was not sure whether it was the right call or not. He did, though, claim he could have gotten to the end of the race on the soft compound.

“We have to go through all the data from the race to see what could we have done better,” Raikkonen said.

“They [Mercedes] managed to get in front of us again and we lost the place, and there wasn’t much more we could have done at that point.

“We have to go through the data, like I said, and see what we could have done better.

“For sure we could have got to the end on those tyres. If they would have been able to catch us and pass, that I don’t know.