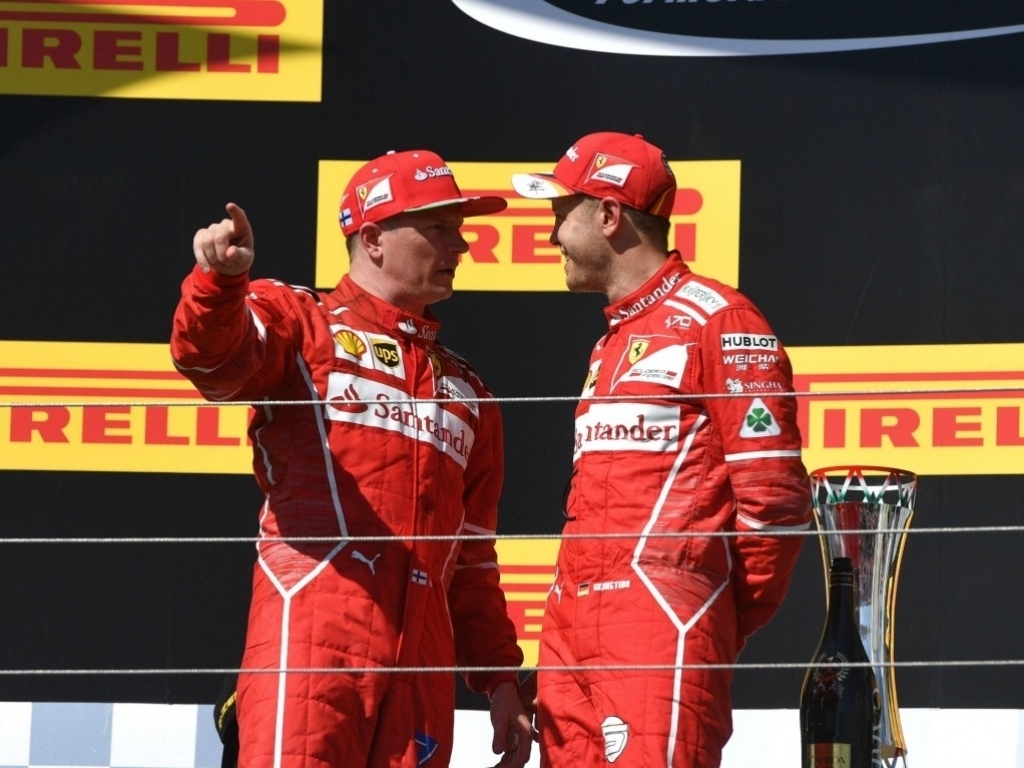 Kimi Raikkonen has said that he only has himself to blame for failing to win the Hungarian Grand Prix in Budapest.

The Finn showed better pace throughout the afternoon as team-mate Sebastian Vettel developed a steering issue and was told to avoid the kerbs as a result.

Raikkonen constantly told the team over the radio that he was much quicker than the German, who consequently brought both Mercedes cars back into play by holding his team-mate up.

Vettel, though, managed to hold on for the race win, while Raikkonen was left reflecting on what could have been if he managed to have a better qualifying performance on Saturday.

"I caught up with Sebastian at the end of the first stint and once he pitted I had very good speed but the team called me in," Raikkonen explained.

"I'm sure there were reasons for that, maybe the Mercedes, who had stopped early and had fresh tyres were going quick.

Anyhow, my whole race was basically following Sebastian but then Mercedes caught us and I was going he would go as fast as he could without saving tyres, as they were catching us.

"Being in the middle is a bit of an awful place to be, because a bad exit in the last corner with the guy behind having DRS may allow him to get you. But that happened maybe once when I got a bit sideways in the last corner.

"Today the car was great, I was just following my own rear wing – well, at least it looked the same… Obviously I want to win but this was a great result for the team.

"In the end we got another one-two and I can look at what I did yesterday and blame myself for not giving myself a better chance in the race.

"My car was good, we had a plan as a team, Seb was first yesterday and he got away first. The aim was, in whatever way, to finish one-two."