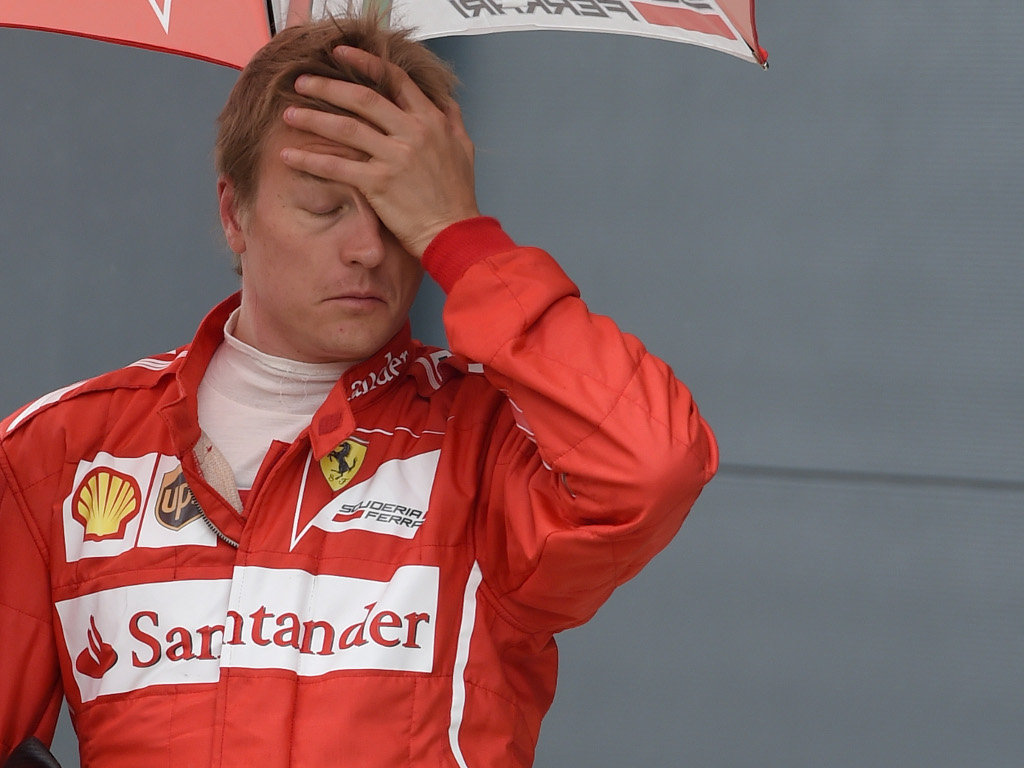 Kimi Raikkonen has bruises on his ankle and his knee but no broken bones, according to a Ferrari spokesman.

The 2007 World Champion crashed heavily at the start of Sunday’s British Grand Prix.

Running wide at Loop, Raikkonen rejoined the action only to hit a bump that sent him crashing into the barriers just before the bridge.

The impact sent him spinning back across the track where he was tagged by Felipe Massa before hitting the barriers on the opposite side.

It was a violent accident and, although Raikkonen climbed from his stricken F14T, he limped to the medical car.

The good news, though, is that the 34-year-old escaped only with bruises.

“He got a bit hit but we all saw him get out of the car on his own which is a good sign.

“He has some bruises to his leg and is now in the medical centre.

“He is with the Ferrari doctor, his physio and the FIA delegate.

“Bruises on his ankle and his knee so he’s ok.”