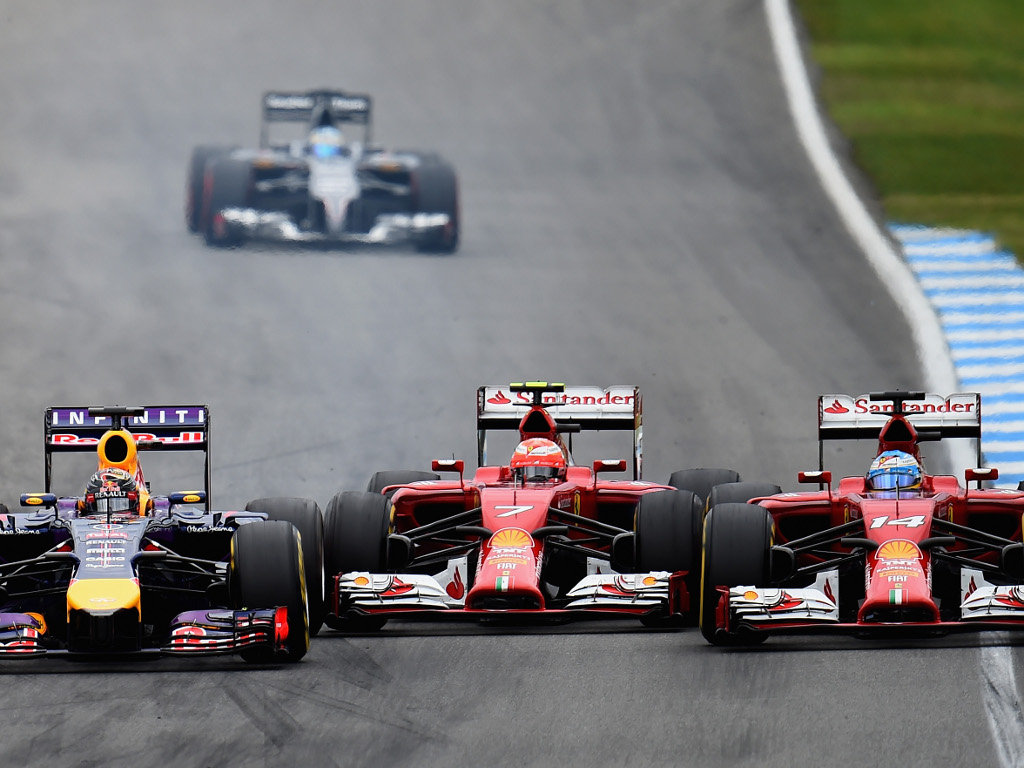 Even though his car was damaged on two separate occasions as he was sandwiched in Germany, Kimi Raikkonen says both incidents were “ok.”

The Ferrari driver, coming from 12th on the grid, was firmly in the thick of the action in Sunday’s German GP.

On two occasions, he was in the middle of a three-car sandwich as drivers fought for position and in both his F14T lost bits of bodywork.

But despite that, he had no complaints with either move.

“It was OK, but when I’m in the middle I can’t go anywhere. I ended up squeezed a little bit,” he said.

“It wasn’t much but it was enough to damage the wing. I couldn’t go more to the left because there were cars.”

The Finn, though, did concede that the damage to his front wing meant he was unable to make his strategy of swapping to the supersofts in his first stop work for him.

“We thought it was the right [strategy] choice but I got hit twice, ended up in the middle of two cars and damaged my front wing. The endplate came off,” he told Autosport.

“So I couldn’t run as long as we wanted on the super-softs and just lost performance because of the damage to the car.”