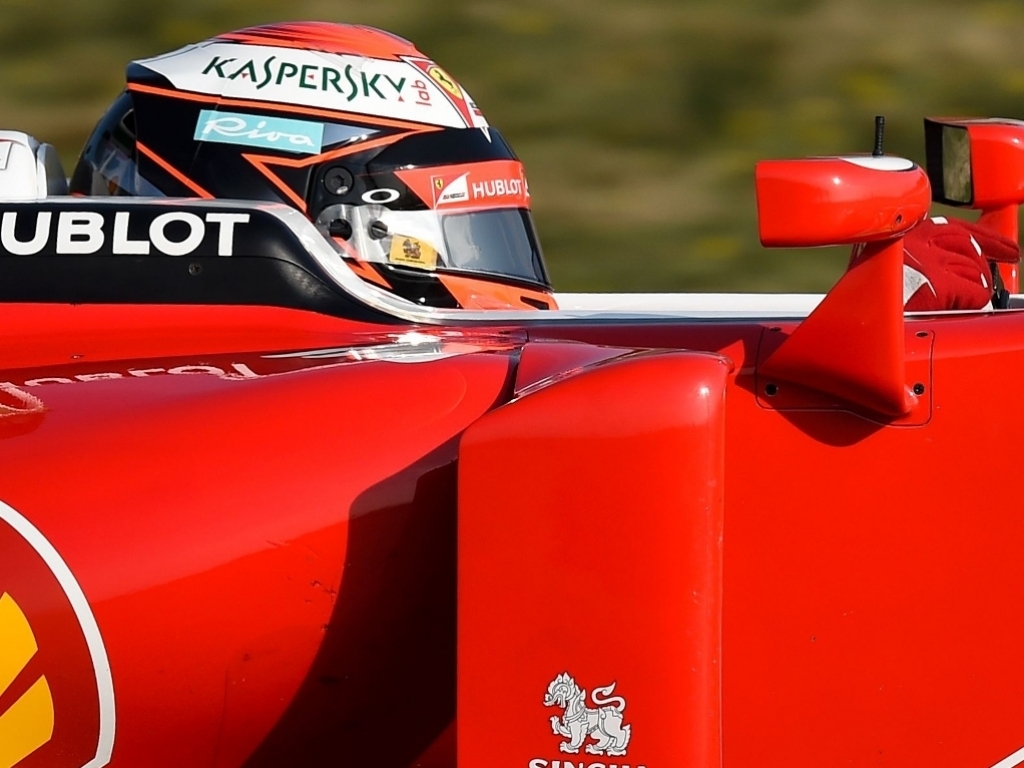 Kimi Raikkonen’s lap time from the morning session on the ultra-soft tyres went unchallenged through to the chequered flag in Spain, a flag that came earlier for McLaren.

McLaren had a dismal day at the Circuit de Catalunya as Fernando Alonso managed just three laps due to a coolant leak that the team became aware of after his very first lap in the morning.

With hour and a half remaining in the session McLaren called it quits, saying: “A coolant leak has delayed any further running today – the team are working to fix it.”

It was a disappointing end for the Woking team who on the previous three days had completed 257 laps, a marked improvement on last year’s 79 covered in the opening test.

While Alonso kicked his heels in the pits, Raikkonen was claiming another P1 for Ferrari.

He added to team-mate Sebastian Vettel’s two P1s from earlier in the week with a 1:23.477 on the ultra-softs. That put him 0.816s up on Red Bull’s Daniil Kvyat, the only other driver to run the ultra-softs on Thursday.

Alfonso Celis finished third quickest after putting on the super-softs for a late run in the final hour. He set a best time of a 1:24.840.

Kevin Magnussen, who was the busiest driver with 153 laps, put in another strong showing for Renault as he was fourth quickest on the soft tyres ahead of Max Verstappen on the mediums. The Dane, though, did cause a late red as he topped at Turn 3 with 15 minutes remaining.

Felipe Nasr was next in line in a modified Sauber C34. He narrowly pipped the Mercedes of Nico Rosberg and Lewis Hamilton. The duo, who again stuck with the medium tyres and racked up the laps – 185 combined, were separated by less than a tenth of a second in the German’s favour as they split the driving duties.

Felipe Massa, who concentrated on aerodynamic work, was ninth ahead of Esteban Gutierrez and Rio Haryanto, both of whom brought out the red flags.

Haryanto crashed his MRT05 at Turn 4, damaging the Manor car, while Gutierrez broke down at the exit of Turn 4.