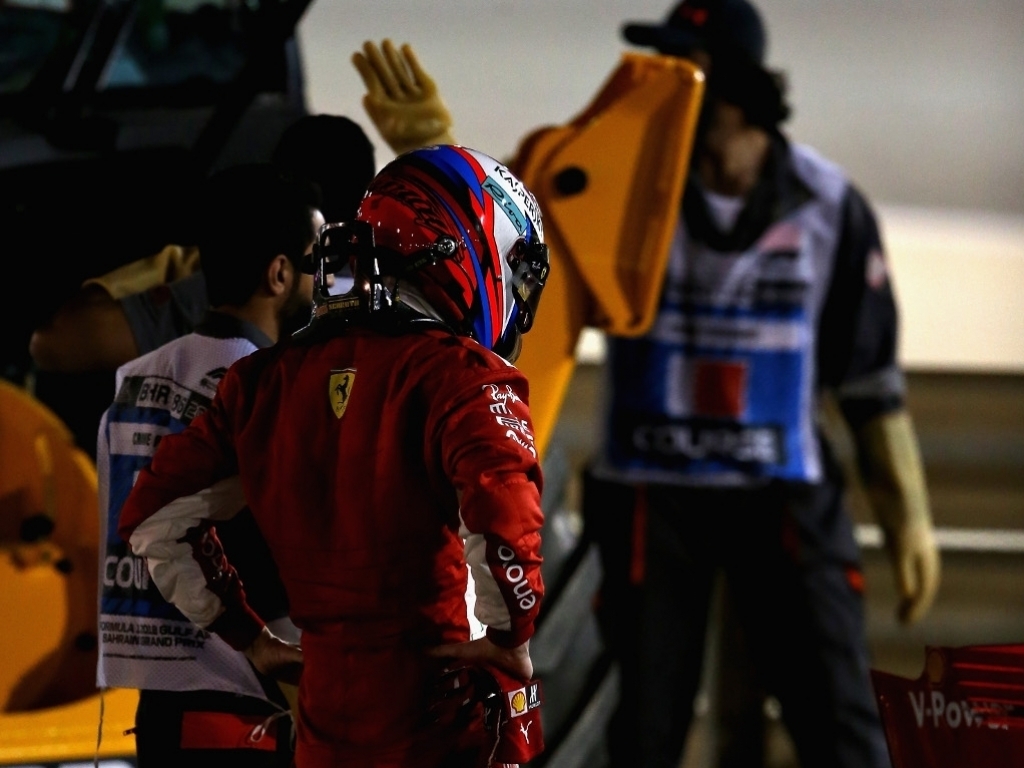 Ferrari have been slapped with a €5,000 fine for releasing Kimi Raikkonen with a loose wheel in Friday’s second practice in Bahrain.

The Ferrari driver came in for a pit stop with 15 minutes remaining in the session, swapping his very used supersoft tyres for used softs.

As he pulled away from his box, his mechanics were seen furiously waving their arms while moments later Raikkonen parked his SF71H on the side of the track having been told to stop the car because of a loose front wheel.

The Finn avoided punishment while Ferrari were hit with a €5,000 fine.

“The stewards determined that the car was released in an unsafe condition in breach of Art. 28.13.b, that the team ordered the car stopped immediately, and that the driver stopped as fast as he safely could,” read the stewards’ statement.

“Consistent with previous instances where a car was stopped on track, the Stewards decide that the mandatory grid place penalty could not be applied where the team took all appropriate actions, the stewards fined the team €5,000.”