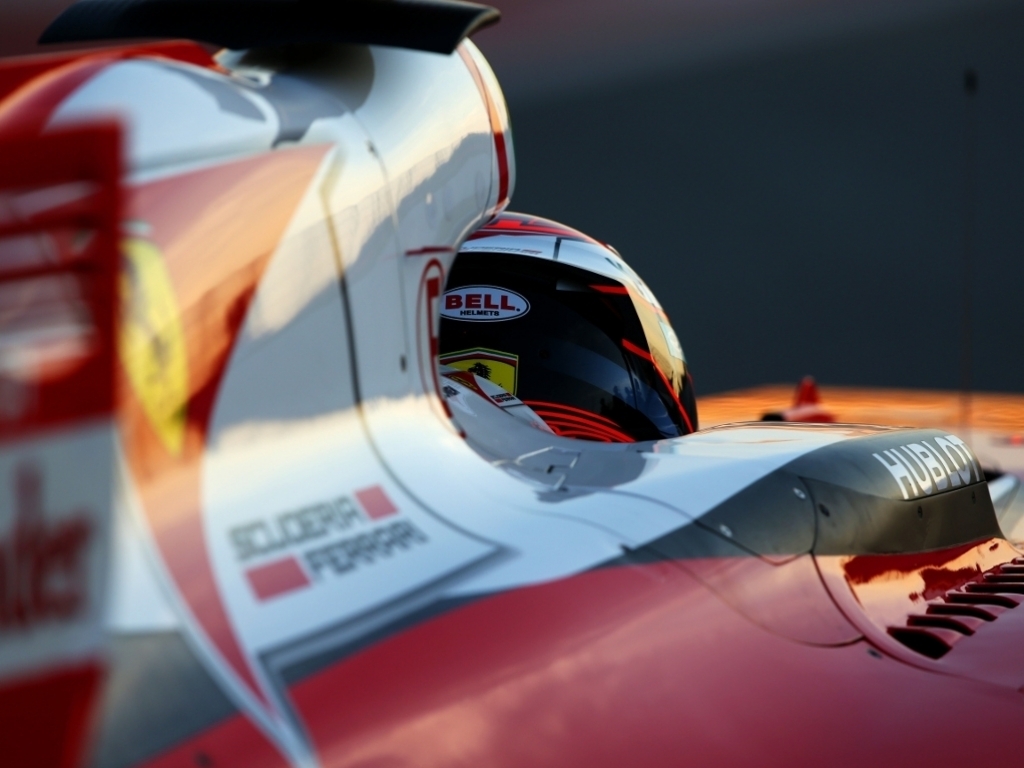 Kimi Raikkonen put Ferrari back at the top of the timesheets on Thursday with a run on the ultra-soft Pirellis while Mercedes debuted a new nose.

For only the second day this pre-season the ultra-soft tyres were used in Spain on Day Four and again the driver using the new Pirelli rubber, Raikkonen, was comfortably quickest.

Having already hit the front on the soft tyres, Raikkonen went even faster on the ultras, clocking a 1:23.477 around the 4.7km Circuit de Catalunya.

His was six-tenths short of the week's best set by Ferrari team-mate Sebastian Vettel on Tuesday, which was also on the ultra-softs, while on Thursday it was 1.786s up on the Finn's nearest rival, Kevin Magnussen.

The Renault driver used the soft tyres to clock a 1:25.263, which put him ahead of Max Verstappen, Daniil Kvyat – both of whom were on the medium tyres – and Felipe Nasr, who had the softs bolted onto his C34.

Not surprisingly it was Lewis Hamilton who topped the morning's count for laps covered.

With just the morning to do his running before handing the W07 over to Nico Rosberg, he amassed 99 laps with a best time of 1:26.295.

As expected Mercedes stuck with the medium tyres as they are reportedly avoiding using the soft tyres which would give an indication of the W07's true pace.

Hamilton debuted a new wing on Thursday morning; shallower than the previous specification, it also features an S-duct near the top.

On the other end of the lap counter was Fernando Alonso who managed just three. Venturing out in the morning he was soon back in the pits with a coolant leak and only managed to add another two laps to his tally before the lunch break.