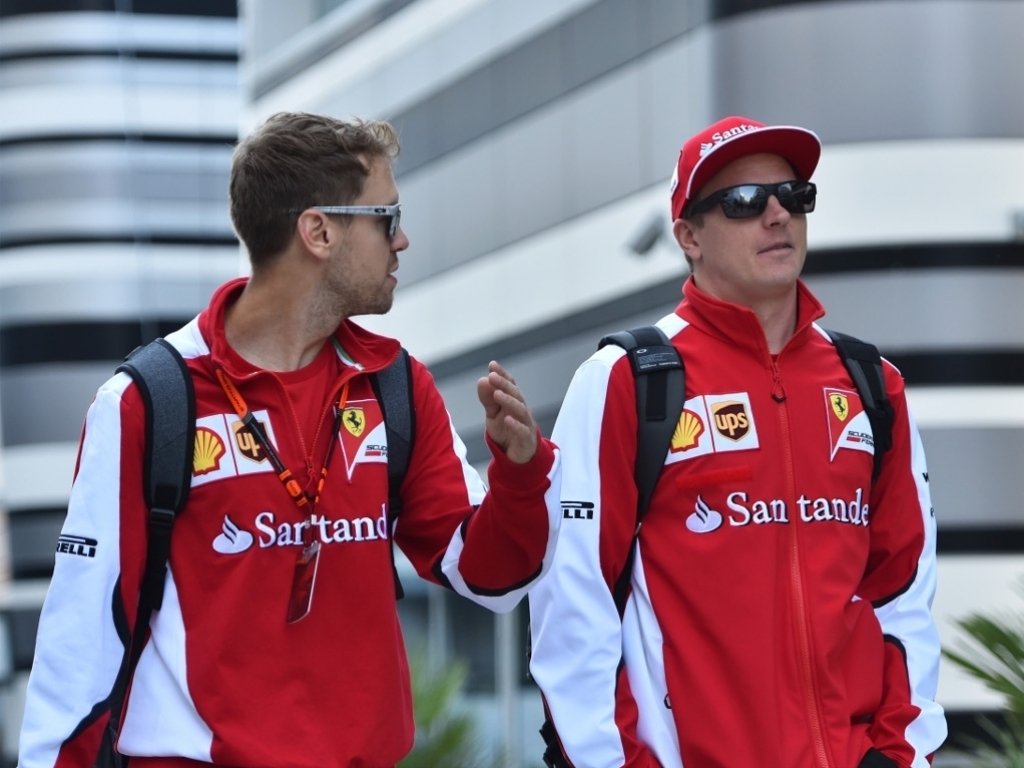 Scuderia Ferrari driver Kimi Raikkonen says the team's only target for 2016 is to build on the improvements made this year.

The Italian team had a season to forget in 2014, finishing fourth on the Constructors' Championship after Raikkonen and then teammate Fernando Alonso combined to achieve just two podium places.

Ferrari went on to make major strides in 2015 (the second season after the switch to V6 turbo engines); finishing second behind McLaren, with Raikkonen and new teammate Sebastian Vettel claiming fourth and third respectively on the drivers' championship.

"We’re going to give our best and hopefully it’s enough to fight for championships," Raikkonen told F1i.com.

"We keep improving, following our own way of doing the things that we’ve done from last year to this year and hopefully then it’s enough to be where we want to be as Ferrari.

"So, we can promise a lot of things. Is it going to happen? Who knows? I really hope for all the guys there in Ferrari that we will come back strong – or stronger next year than this year – but there’s no point to make big promises. We’re going to do our best and then we’ll see."

Raikkonen, the 2007 champion, claimed one second place and finished third twice in 2015 and says he hopes to ascend the podium more often next season.