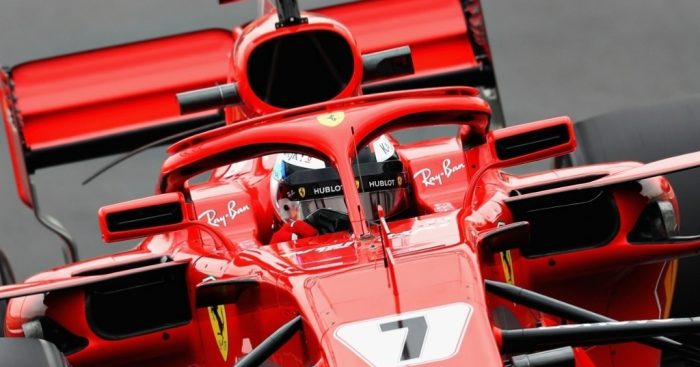 Kimi Raikkonen has said the new Ferrari SF71H was "ok" on its first day of running in Barcelona but it is still "too early" to make any definitive conclusions.

The Finn was second on the day one timesheets behind Red Bull's Daniel Ricciardo, but more importantly got 58 laps under his belt to help blow away the cobwebs.

Raikkonen felt at ease with the car, but the cold weather conditions are making it very difficult for teams to carry out a full day's work.

"The real problem, the only one today, was the weather,” said Raikkonen. "My first impressions with the new car were OK, but it’s still too early to make any judgement, especially given today’s conditions.

"These tyres aren’t designed to work at 8 degrees and it was difficult for everyone.

"As for the rest, our work had nothing to do with lap times and we just ran and changed a few things, trying to understand the car, which doesn’t seem to have any faults. Now we must try and do more kilometres."

Raikkonen also echoed the thoughts of many other drivers on the issue of the Halo, saying it did not affect his driving in any way.

“Compared to the tests we did in previous years, this time the Halo had been conceived as an integral part of the car design, which had not been possible before,” he added.

“I didn’t notice anything different to driving the car without the protection.”