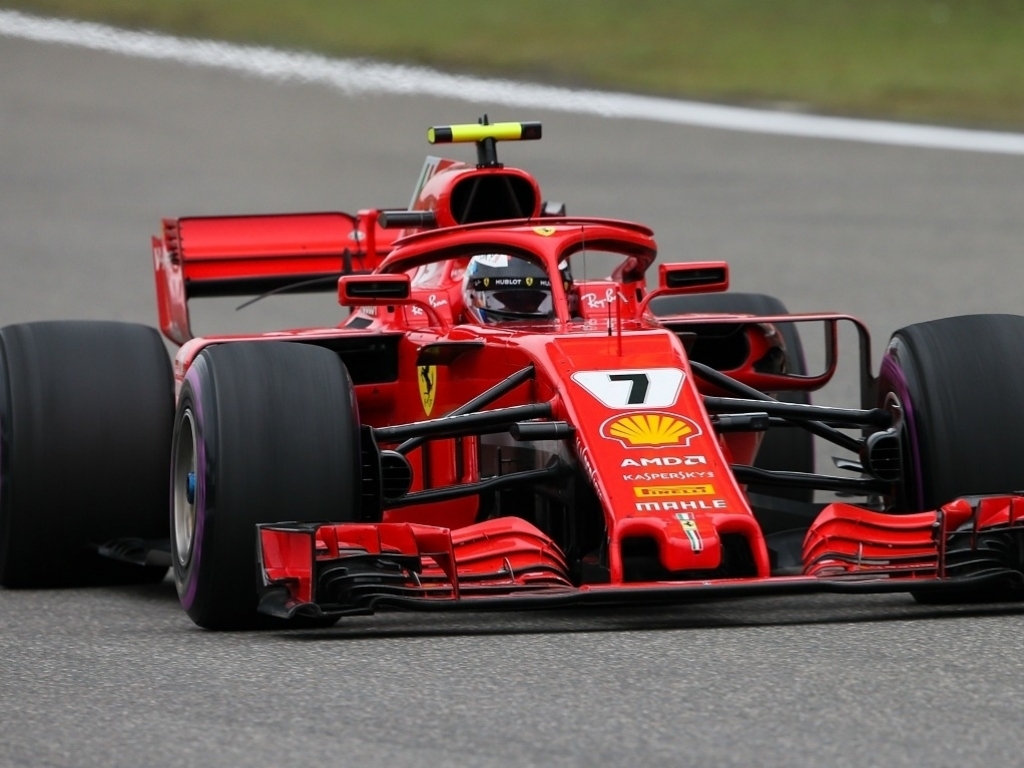 Kimi Raikkonen says he’ll take third place in China, after all at one staged it looked as if he would finish down in sixth.

It was a mixed Sunday afternoon in Shanghai for Raikkonen as he was running fourth on the opening lap after being passed by Valtteri Bottas and Max Verstappen, then he was first after the rest of the top six pitted, and then he was sixth having run long in the first stint.

And it looked as if that is where the Finn would finish.

Raikkonen, though, benefitted from a Safety Car that bunched up the field and led to Max Verstappen colliding with Sebastian Vettel and Raikkonen taking advantage.

Running third, he closed up on Bottas but wasn’t able to launch an attack as the chequered flag fell.

“I think we made a good start and then got blocked a bit and passed in the first corner,” Raikkonen said of his race.

“I struggled a little bit following people but on my own it wasn’t too bad.

“It was far from ideal the start.

“We stayed out very long but had a bit of luck with the Safety Car.

“I had good speed on the mediums but in the end we needed the soft tyres to really go for it.

“I was okay at the end but got close but once you get close it is so difficult to follow people.

“To get a good run you need much better tyres to get that proper run.

“I’ll take what I got because at one point it didn’t look good at all.”