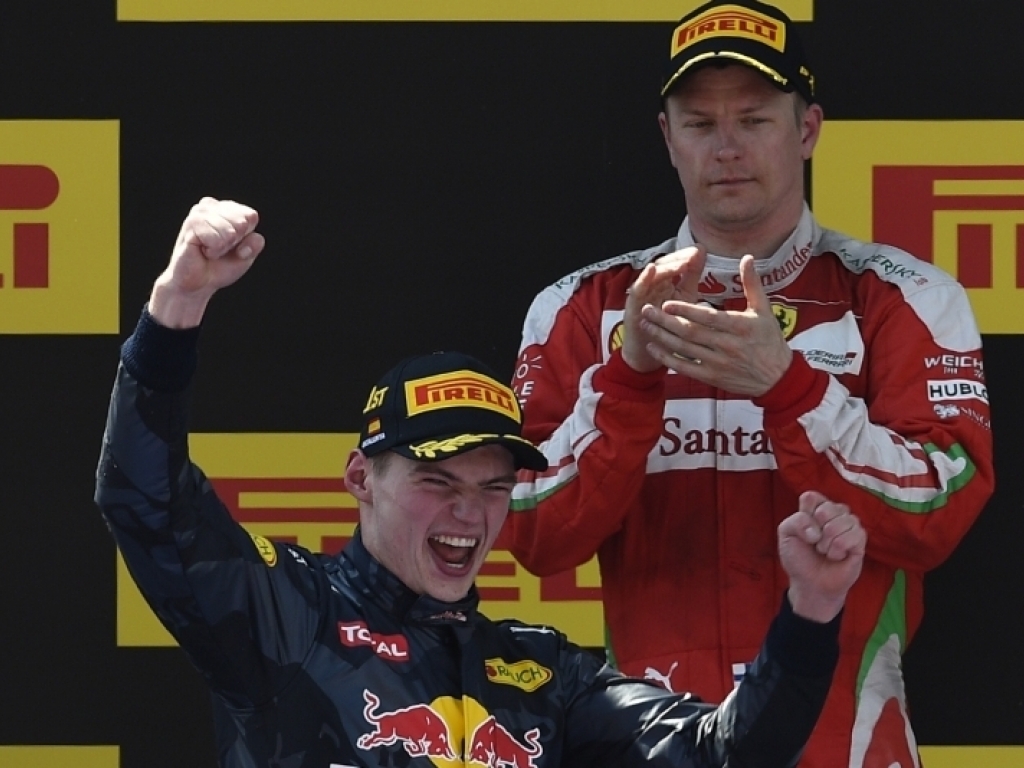 When Mercedes duo Nico Rosberg and Lewis Hamilton crashed into each on Turn 2 in lap 1, Ferrari and Red Bull took full advantage and dominated the entire race from start to finish.

With his teammate Sebastian Vettel on a different strategy, Raikkonen was battling against race leader Verstappen for half the race.

The Finn, though, failed to use his experience or faster car to his advantage as the youngster continued to keep a fair distance between himself and the 2007 World Champion.

“I’m happy for Max, disappointed for myself, but that’s racing,” Raikkonen claimed.

“We were fast, but I could not follow close through the final corners, and was losing downforce.

“I tried everything [to pass Verstappen], but it wasn’t enough.

“After [qualifying] yesterday we would have been happy with second and third, but we got so close, so it’s even more disappointing – it’s just part of racing.”