Home Uncategorized Raikkonen is as quick as Vettel 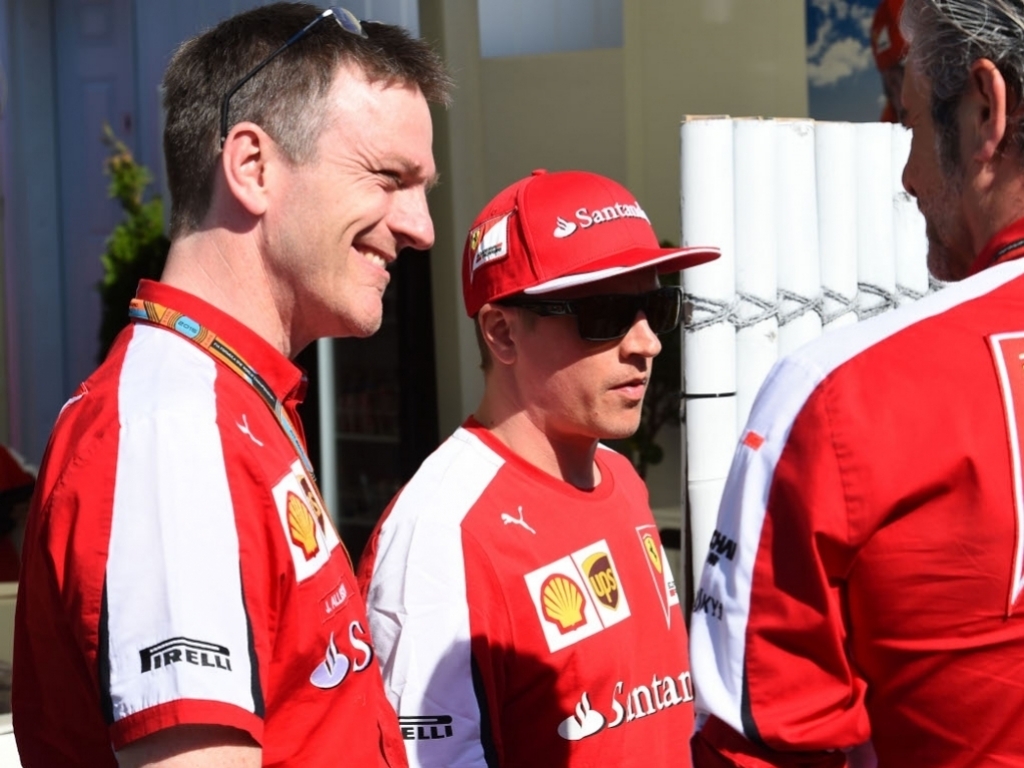 James Allison, Ferrari technical director, believes that although he is having an eventful season, Kimi Raikkonen is as quick as Sebastian Vettel.

Raikkonen, who has yet to be confirmed as a Ferrari driver for next season, has not managed a podium since the Bahrain Grand Prix on 19 April. In fact, that was his top three finish so far in 2015.

His most dismal form, however, has come in the last two races where he could only muster four points.

Allison, talking to Autosprint, maintains the only difference between the two drivers is the fact that Vettel hardly ever compromises himself by making a mistake.

"Sometimes Kimi is quickest, other times it's Seb," said Allison.

"The difference is Sebastian never, or almost never, makes mistakes. This year only in Bahrain have we seen after all, that he can make mistakes, but besides that weekend, he has practically never made any errors," he added.

Allison believes that Raikonnen is more prone to errors in qualifying and this can put him on the back foot for the race.

"Kimi, especially in qualifying, has had a few more slip-ups.

"I'd say the same thing if Kimi was here, and I think he would accept it.

"Sometimes you just need a small mistake to ruin a weekend, but the speed is there. Kimi knows that too."

When quizzed on Ferrari's inability to close the gap on Mercedes despite showing good pace when winning the Malaysian Grand Prix, Allison remained positive they would improve as the season wore on.

He concedes however that victory in Malaysia probably raised expectations too high, too early in the season.

"You certainly can't refuse a victory when it comes," Allison said.

"The Malaysian Grand Prix was an incredible day, getting back to winning ways has given us a great push, and now I can't wait to re-live it again.

"If I look at what we have done since the beginning of the season, I see our work has produced good results.

"We have improved by 1.5 seconds per lap thanks to the development done on both the car and the power unit.

"If I have to bet on what's going to happen in the second half of the season, then I believe we'll reduce our gap to Mercedes and that we'll do better than Williams."