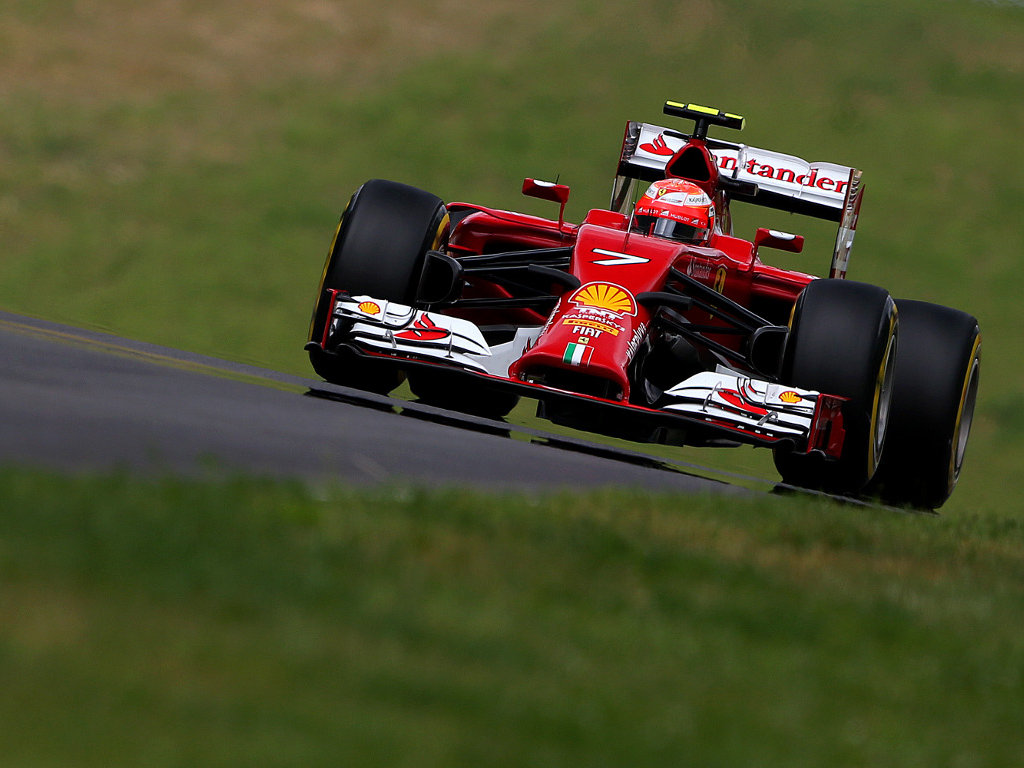 Kimi Raikkonen says his disappointing eighth place on the Austrian grid was all “about the first corner” and his struggles there.

The Ferrari driver finished up Saturday’s qualifying at the Red Bull Ring with a 1:10.795, which was a staggering two seconds slower than pole-sitter Felipe Massa’s time.

Raikkonen reckons that’s all to do with the problems he experienced getting his F14T through the first corner.

“I was struggling with the first corner a lot, I couldn’t get it right,” he told ESPN.

“I knew I had three laps so I tried to do it again but on the last lap I just locked an outside wheel for some reason and flatspotted the front left. It was pretty much done at that point.

“So it was about the first corner and after that I lost a lot of time there with a lot of vibrations in a straight line and I just did the lap to get a time.

“It was disappointing and difficult to get a single lap together the whole weekend. The speed wasn’t too bad if I’d put a lap together but it’s just been a big struggle to do that. In the end it wasn’t a complete disaster but not where I want to be.”

The 2007 World Champion, who contested the last Austrian GP back in 2003, is expecting better come Sunday’s grand prix.

“It’s better in the race to get the tyres working. That seems to be difficult for me [over one lap] and it’s not just this weekend, but it seems to get a bit more easy in the race.”