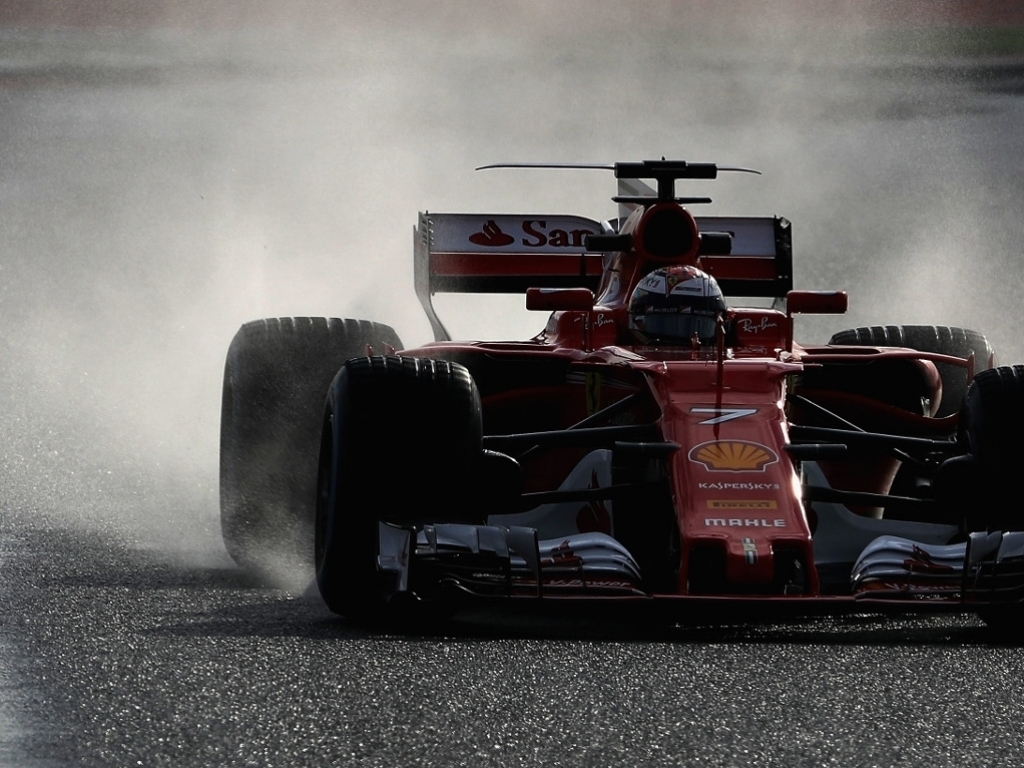 Kimi Raikkonen concluded the opening pre-season with the day’s fastest lap time after improving late in the afternoon on a drying Circuit de Catalunya.

The track dried out as the afternoon progressed, allowing Raikkonen to lower the benchmark time to a 1:20.872 in the hour before the close of play.

But while Ferrari came to the fore, main rivals Mercedes ran into trouble for the first time this week.

Lewis Hamilton was ruled out of his morning’s session with an electrical issue, leading to the decision to bench him for the day.

His team-mate Valtteri Bottas was able to run in the afternoon, adding 68 laps but finishing down in eighth place.

Max Verstappen was second quickest for Red Bull Racing but 0.897 seconds off Raikkonen’s best while Jolyon Palmer was third for Renault.

Romain Grosjean and Antonio Giovinazzi were next in line, two of the busiest drivers in the wet as they covered 118 and 82 laps respectively.

Sergio Perez was sixth for Force India, finishing ahead of McLaren-Honda’s Stoffel Vandoorne. The Belgian racer covered 67 laps on the day.

Nico Hulkenberg was ninth while Daniil Kvyat did just one lap in the Toro Rosso before it had to undergo a Renault engine change.