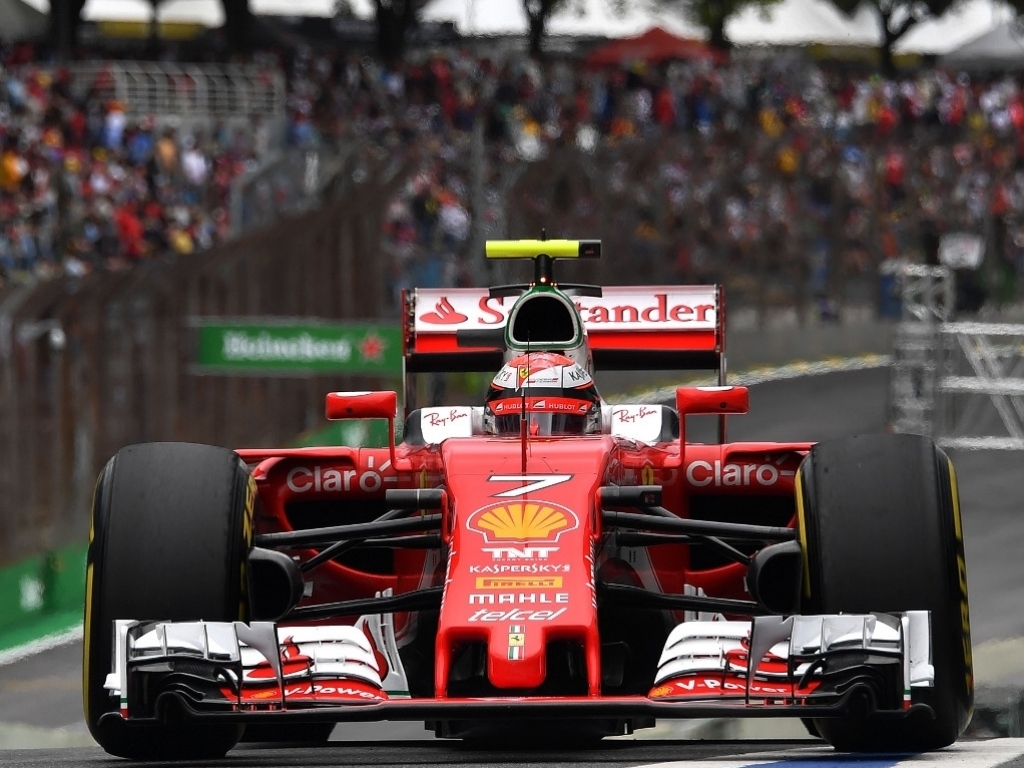 Qualifying third ahead of the Brazilian Grand Prix, Kimi Raikkonen gave a mixed reaction to his performance on Saturday, saying he didn’t expect to qualify so close to the leaders.

The Finnish ace described his last lap in Q3 as ‘pretty average’ and was surprised he placed third on the starting grid, behind Lewis Hamilton and Nico Rosberg.

“I struggled the whole qualifying, in a few places, a few corners and in the middle sector,” said the 2007 World Champion.

“To be honest the last lap was pretty average in my view, but obviously it was enough to be in third place. The Mercedes seems to be a bit too far.

“I struggled in the first two corners with tyre warm-up a bit and even the middle I wasn’t very happy but I don’t mind, it was good enough for this and we will see what we can do.”

When quizzed by reporters on why he thinks he was able to pip the two Red Bulls, Raikkonen explained it has been close the entire season so there is no particular reason other than the Scuderia are just faster in Brazil.

“It’s been very close. Most of the year we were close and obviously sometimes we were behind and sometimes in front but I think we did reasonable races, very good job as a team,” he continued.

“We improved in certain areas and tried new things and learned some positive things.

“I think as a team we work very well … Hopefully we can do a good, strong race tomorrow.”