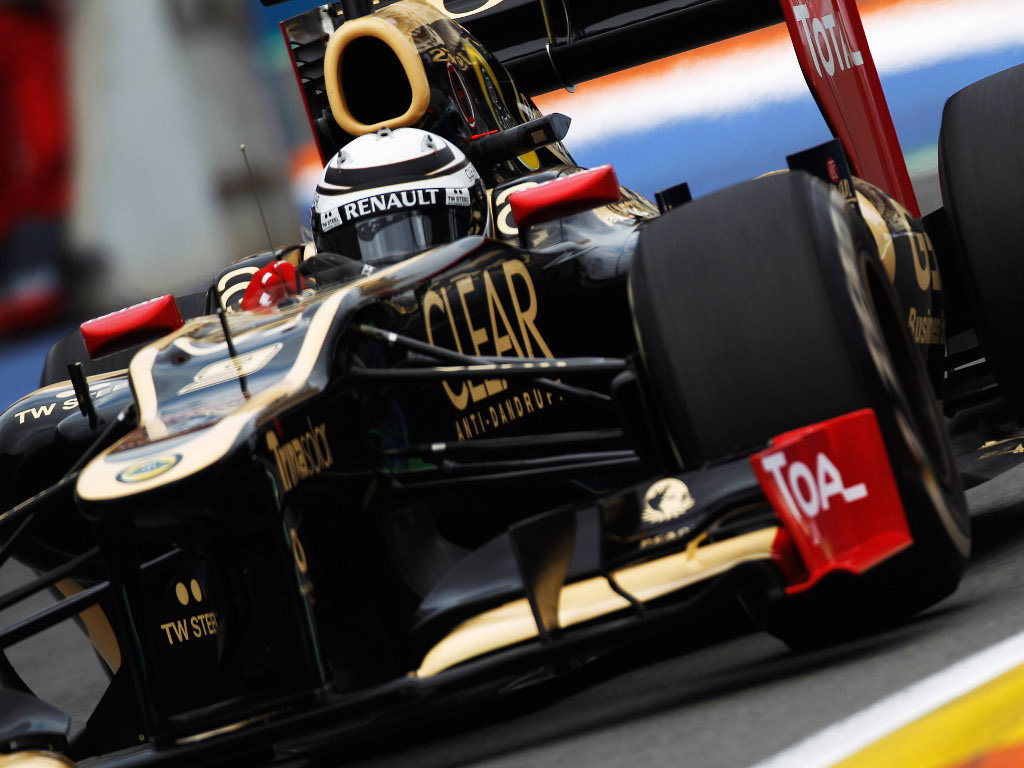 Kimi Raikkonen says if Lotus can make their E20 quicker in qualifying, they should be on track for a great result in Sunday’s European GP…

Kimi Raikkonen says if Lotus can make their E20 quicker in qualifying, they should be on track for a great result in Sunday’s European GP.

However, Raikkonen says all was okay with the car, it was just wind and traffic that cost him tenths.

“The car feels okay and there were no issues,” said the Finn.

“The wind was a bit of a factor in the morning but it was better in the afternoon.

“I was stuck in traffic for quite a bit of my long run in the second session, so I wasn’t able to go as fast as the car was capable of, but we don’t have any issues on that front.”

The 2007 World Champion, though, reckons if his team can close the gap in Saturday’s qualifying, they stand a good chance of a strong showing come Sunday.

“The E20’s strong point always seems to be its race-pace but of course we are looking to make it quicker in qualifying.

“Let’s see how it is tomorrow morning and we’ll do whatever’s necessary. We’ll make a few changes to the car for sure, but I think we’re pretty okay.”