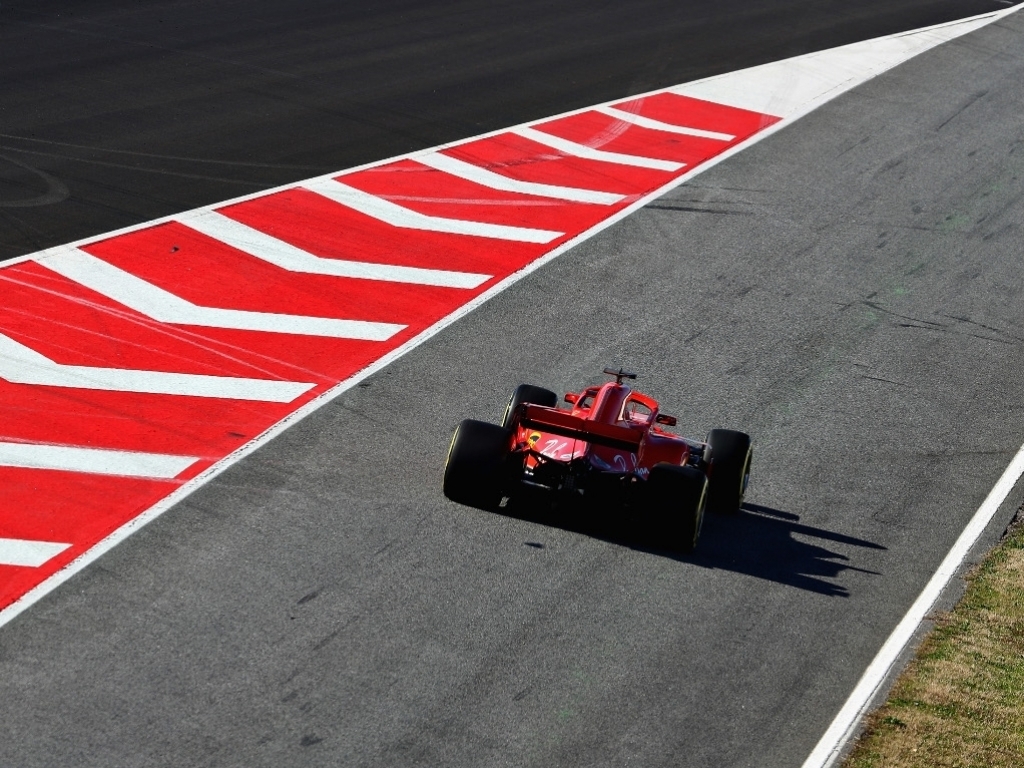 Kimi Raikkonen made it back-to-back P1s for Ferrari as he wrapped up pre-season testing at the Barcelona circuit on Friday while Fernando Alonso recovered to finish second.

Following on from Sebastian Vettel record-setting pace on Thursday, Raikkonen covered a lap in a time of 1:17.221 to get within 0.05s of his team-mate’s lap record.

It seemed to be yet another day to forget for Alonso and McLaren as the Spaniard stopped out on track in the morning’s session – bringing out the day’s first red flag – due to a turbo issue.

After a new Renault engine was fitted, he was back on track some four hours later for the final few hours of testing.

Alonso proved that all is not lost for McLaren as he laid down a 1:17.784 on the hypersoft tyres to claim second place.

For one brief moment it looked as if he may actually claim the P1 time, and a new lap record, only for his time to be disallowed for cutting a chicane.

It was a similar story of recovery for Carlos Sainz, who lost track time due to a gearbox issue.

Languishing at the bottom of the timesheets, he jumped to third place in the final hour with a 1:18.164 on the hypersoft Pirellis.

Daniel Ricciardo was another to put in a late burst as he went from outside the top ten to third place.

Although a full second down on Raikkonen’s best for the day, the Red Bull driver was on the slower supersoft tyres.

Romain Grosjean was fifth quickest with a 1:18.412, finishing ahead of Valtteri Bottas.

The Mercedes driver, who replaced Lewis Hamilton for the afternoon’s session, posted a best time of 1:18.923 on a day that saw him hit the 1000 lap mark for testing.

Hamilton was down in 11th place with his 1:19.464 set on the supersoft tyres. The reigning champion spent his day working on long distance runs, not glory laps.

Brendon Hartley was sixth ahead of Esteban Ocon and Charles Leclerc.

The Sauber rookie was responsible for the day’s second red as he hit the Turn 11 barriers, damaging both his car and the barriers.

The Williams rookie and his team-mate Lance Stroll each spent half the day in the FW41 after reserve driver Robert Kubica gave up his time in the car to help the race drivers. Stroll was slowest of all with a 1:20.163 on the soft tyres.

"It was Robert, it was off his own bat…"https://t.co/tuALIL95fv pic.twitter.com/ggVwbDIg89