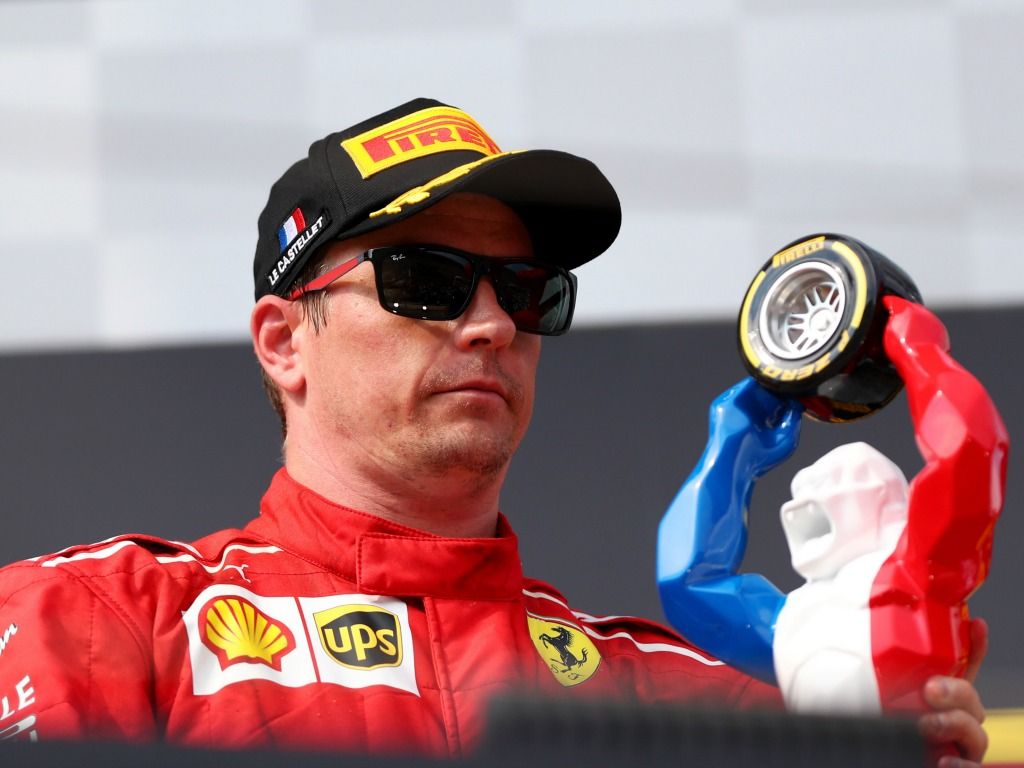 Kimi Raikkonen was happy with his road to recovery after landing a podium finish at the French Grand Prix.

After another mistake-ridden qualifying which left him starting in P6, Raikkonen lost a couple more spots due to the first lap chaos.

But, the Finn was able to recover nicely with a long first stint on the ultrasofts and was on hand to take third spot away from Daniel Ricciardo, who was nursing front-wing damage toward the end of the race at the Paul Ricard.

“At the start we lost two places; I was on the outside and then the accident at the first corner happened, and it was a quite messy situation,” Raikkonen said.

“I tried to stay out of trouble but chose the wrong side of the track.

“After that I was able lo recover. I had a good feeling with the car, especially after we had our pit stop and put the Supersoft tires on. We had a good speed through the whole race.

“We decided to do a very long stint with the first set and it lasted very well; only towards the end it got a bit tricky.

“Then, with the new tires, the car was very good and I could race and actually pass other drivers; it was a lot more fun than the last two races!”