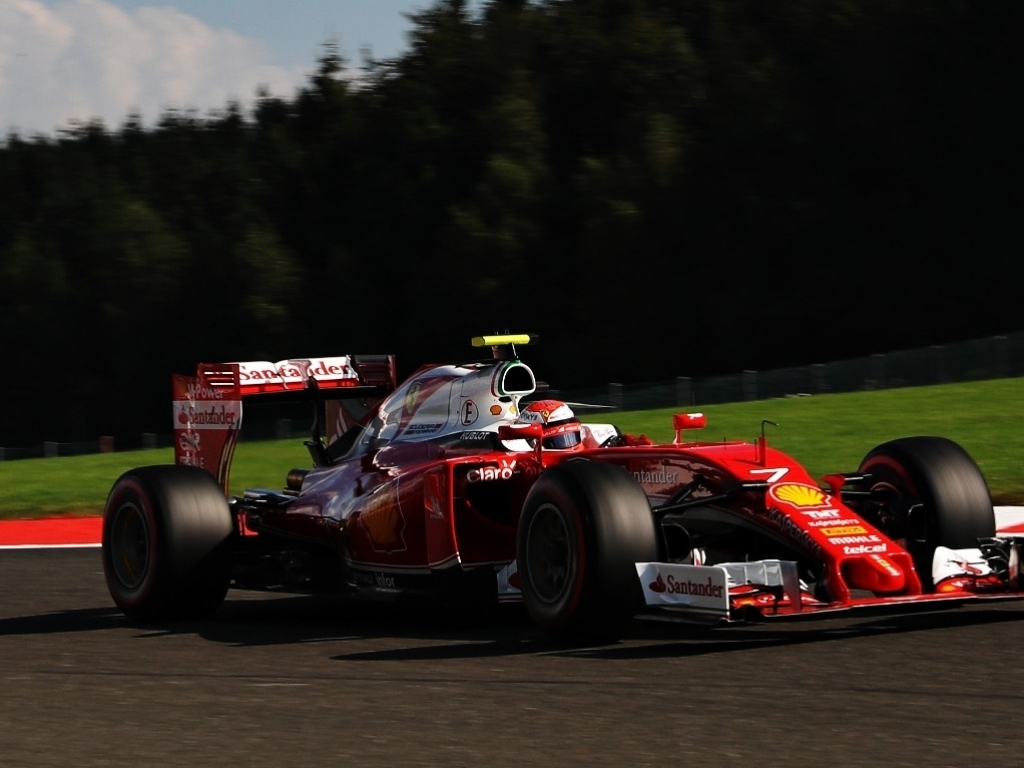 Kimi Raikkonen feels the lose of two tenths in the chicane cost him what would have been his first pole position since 2008.

The Ferrari driver will line up third on the Belgian GP grid after putting in a great lap in Saturday’s qualifying.

The Finn, though, reckons he could have beaten the Mercedes driver to P1.

“The second run was pretty good but comparing to my Q2 lap I lost two tenths in the chicane,” he said.

“Pole position was there, we had a good chance.

“It would have been more easy not going off on the first run and have a decent lap but that is how it is.

“It’s disappointing because we were close and it would have been nice to get it.”

The Finn will join Rosberg, Sebastian Vettel, who qualified P4, and Daniel Ricciardo in starting the race on the soft tyres after using that rubber to get through Q2.

“We should be just fine,” he said. “It has been probably more tricky than anyone expected because the conditions are not exactly normal Spa conditions.

“What we have, it’s enough for what we want to do so it should be fine.”

He added: “Always the start and the first laps are very important in every race. It will be quite a tricky race for everybody with the tyres and the conditions.