Home Uncategorized Raikkonen sent to the back of the grid 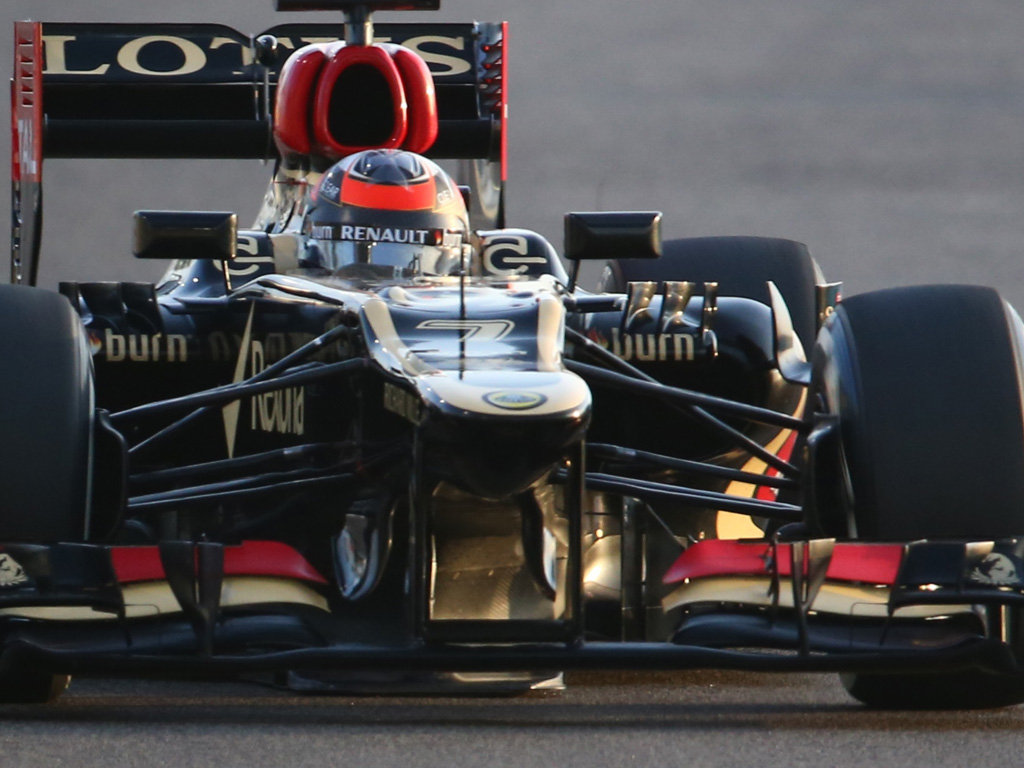 Kimi Raikkonen has been stripped of his fifth place on the Abu Dhabi grid after his Lotus failed a floor deflection test.

In the wake of Saturday’s qualifying at the Yas Marina circuit, Raikkonen’s E21 and Nico Hulkenberg’s Sauber were both put through an asymmetric LHS front floor deflection test by the FIA.

Hulkenberg’s car passed, Raikkonen’s did not.

“Car number 07 did not comply with Article 3.17.5 of the 2013 FIA Formula One Technical Regulations as the front floor deflected more than 5mm vertically when the load was applied vertically to it at the point which lies 100mm of car centre line on the LHS,” said a technical report by the FIA’s Formula 1 technical delegate Jo Bauer.

“I am referring this matter to the stewards for their consideration.”

Representatives of Lotus met with the Abu Dhabi stewards to explain, blaming the failure on kerb damage.

The stewards, however, disagreed and Raikkonen was stripped of his P5.

The Finnish driver, who won last year’s Abu Dhabi GP, will therefore start Sunday’s 55-lap race from the very back of the grid.