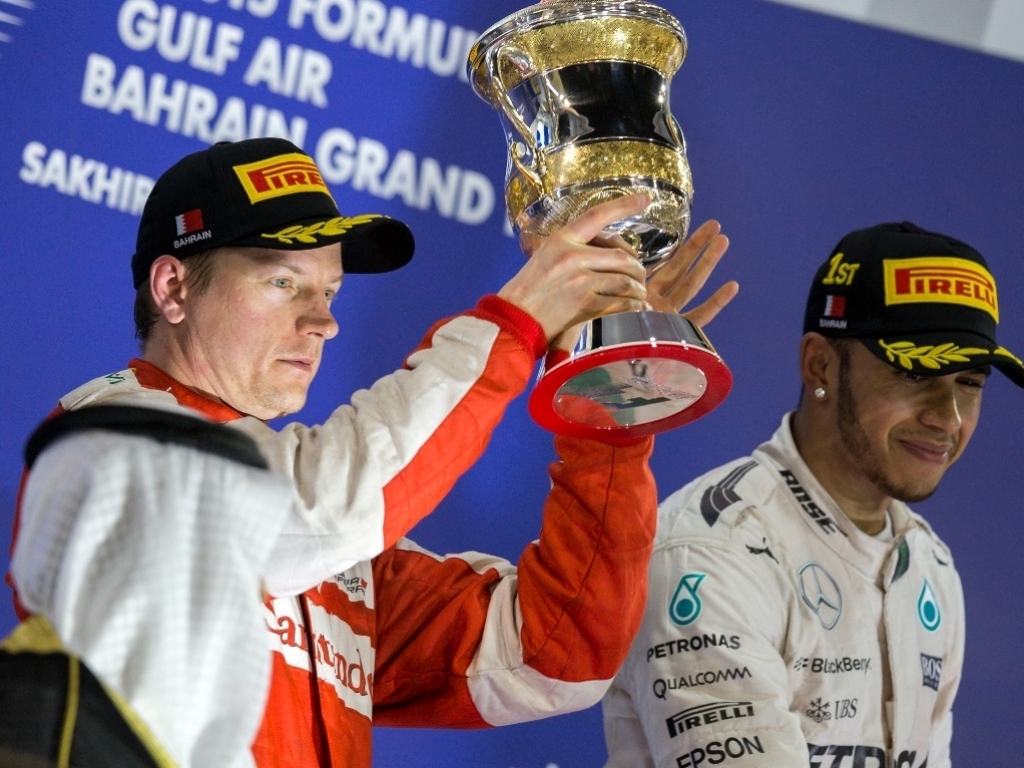 Maurizio Arrivabene celebrated Kimi Raikkonen's first podium of the season, adamant his P2 in Bahrain means he is back.

Beaten by his new team-mate Sebastian Vettel in the opening three races of this year's campaign, Raikkonen pulled one back in Bahrain on Sunday night.

Finishing second thanks to a late pass on Nico Rosberg, not only did the 2007 World Champion achieve his first podium result since 2013 but it was also his first as a Ferrari driver since 2009.

"I am really happy for Kimi: I can officially state that he's back," said Arrivabene.

He added that Raikkonen "showed what a race animal he is, and if he had had a few more laps perhaps…"

As for the Finn's strategy, which Raikkonen was heard questioning over the radio when Ferrari told him they would be putting him on the soft tyres for his final stint despite a strong middle stint on the mediums,the Ferrari team principal said they "in the case of Kimi we followed our plans.

"He was not totally convinced about it at a point, but showed a great deal of discipline in following instructions from the pit wall."

Raikkonen's runner-up result brought the Finn's points tally to 42, moving him up to fourth in the standings while Ferrari remain second with 107 points, 52 behind leaders Mercedes.

But in order to catch Mercedes in the Championship, Ferrari first need to catch them out on track.

Arrivabene said: "I can't tell if we are going to catch the Mercedes, but I do like the idea of putting some pressure on them.

"Today we were aware of the gap between them and ourselves, and that required an aggressive strategy.

"Having said that, with regard to the Friday long runs where we had showed a good pace, the temperature was much lower today, and we had to react accordingly."

Sebastian Vettel's P5 in Bahrain saw him drop to third in the Championship, a point behind Rosberg.