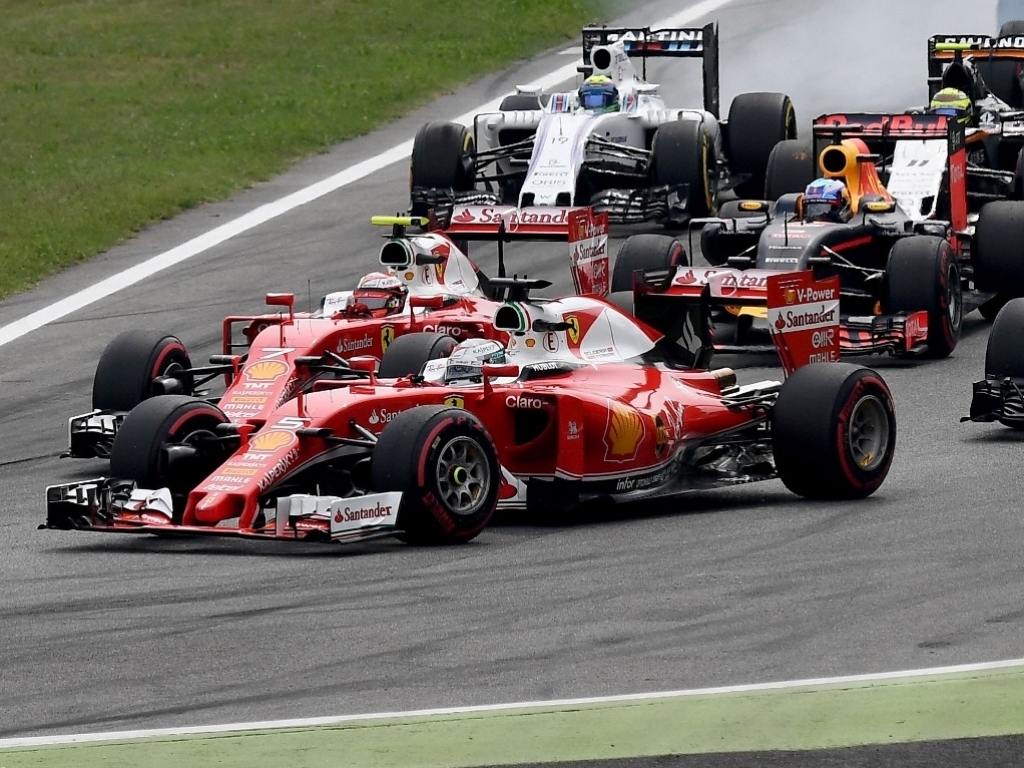 Despite losing out to Mercedes for the race victory at the Italian Grand Prix, Ferrari’s Kimi Raikkonen defended their two-stop race strategy as the right move

At the start of the race, both Raikkonen and his teammate Sebastian Vettel managed to pip ahead of pole sitter Lewis Hamilton, who blotched his attempt of pulling away from the pack at the green light.

Despite going ahead of Hamilton, the Scuderia duo couldn’t catch Nico Rosberg, who was on a one-stop strategy and on harder compounds.

Hamilton eventually managed to recover and finish the race in Monza P2, while Vettel occupied P3 and Raikkonen behind him.

However, the Finn believes that they were on the right strategy and that the Silver Arrows were simply quicker than them.

“No, I think it [running supersoft-supersoft-soft] was the fastest way from start-to-finish for us, but unfortunately it wasn’t enough for better results today,” the 2007 World Champion explained.

“But at least we kind of gave them [Mercedes] something to think about. Personally, I expected them to be even stronger in the race.

“So, I think in a way it was okay. Obviously third and fourth is not what we are looking for, but that is what we got. We did our maximum.

“Obviously the last few weekends it looks like we have been going in the right direction again. We have to keep that up and keep doing our maximum and then see what it brings. The last couple of weekends have been a completely different story between the teams and also speed-wise, so who knows what comes next.”