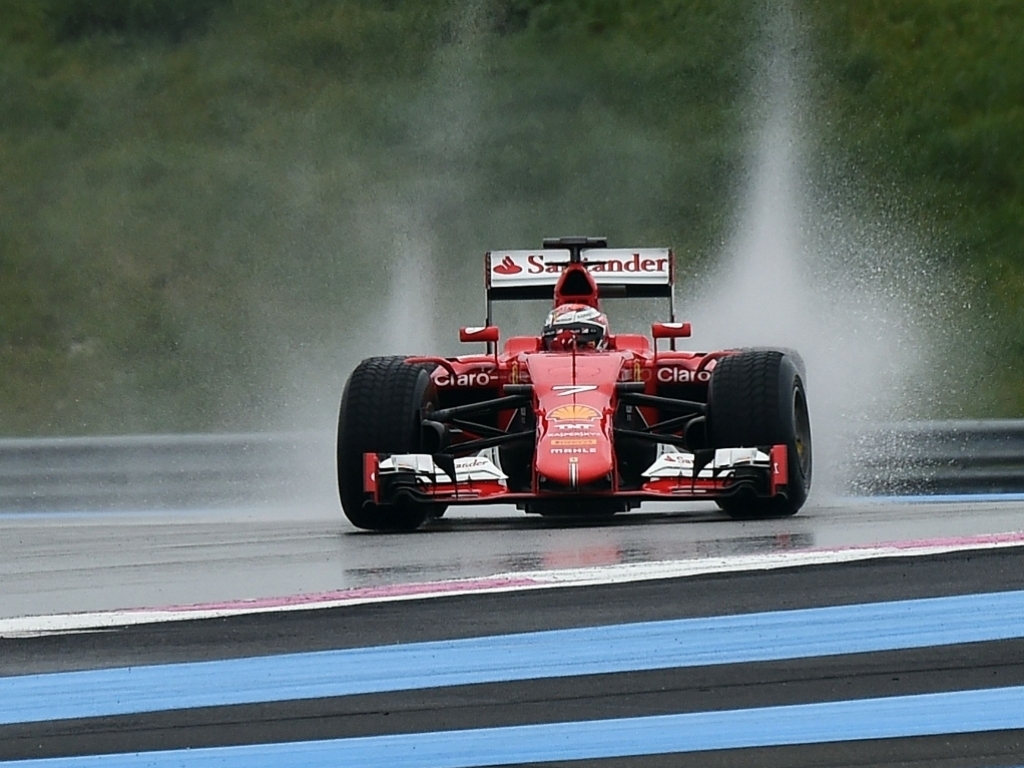 Although Kimi Raikkonen admits it is "too early" to pass judgement on Pirelli's wet compound, he says he prefers last year's tyres.

The Finn was in action for Ferrari on the opening day of Pirelli's tyre test at the Paul Ricard circuit. Making use of the 35 sprinklers lining the track, Pirelli focused entire on testing different compounds for their wet tyres.

It was a blind test for the three teams – Ferrari, McLaren and Red Bull – that were in action as Pirelli did not divulge any information about the tyres.

Asked for his thoughts in the wake of his 99 laps, Raikkonen told reporters: "I think it's too early to say.

"We had the same as last year and some of the new ones, but I think we prefer last year's ones, but it's a bit too early to say."

All three teams were banned from running any 2016 modifications on their cars, however, Raikkonen says there was still a lot Ferrari could gain over the two days.

"We can learn from this," he said. "We are not usually so happy in the wet conditions, so it helps to understand more."

The Finn hands the SF15-T over to his team-mate Sebastian Vettel for Tuesday's Day Two.