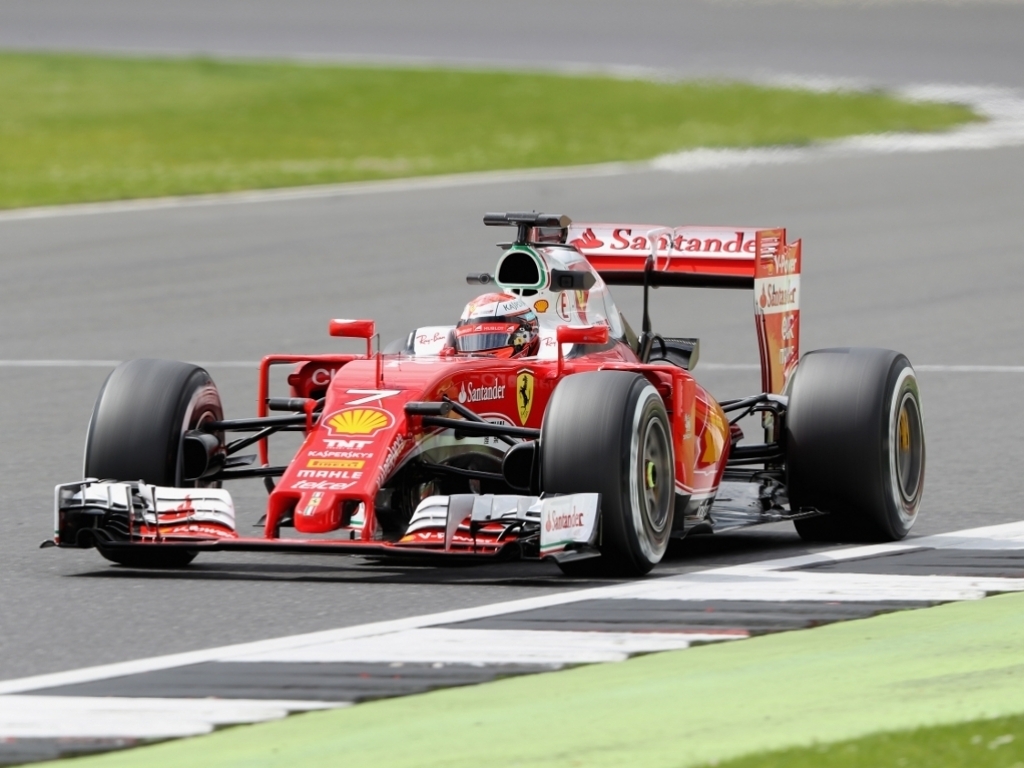 Ferrari driver Kimi Raikkonen set the fastest time of the day during in-season testing at Silverstone, beating his qualifying time from the British Grand Prix.

In a grueling session, the Finn was one of five drivers to complete over a hundred laps, with a fastest lap of 1:30.665, 0.2s quicker than his Q3 time on Saturday.

Raikkonen insisted that they were not only looking where they can improve on from the British GP, where the Scuderia suffered an underwhelming weekend, but the season as a whole.

“It’s not just specifically we had some aero problem here, we’re lacking overall, and this circuit needs a lot of aero, so normal testing.”

Elsewhere, Esteban Ocon continued his testing with Mercedes as the youngster topped the times during the morning session and stayed at the top for majority of the afternoon. Driving on the soft compound tyre, the teenager also managed to complete over a hundred laps.

Without the Halo on the RB12 this time around, Red Bull prospect Pierre Gasly jumped to third place on the times in the final two minutes of testing.

Replacing McLaren driver Fernando Alonso on Day 2, Stoffel Vandoorne had another productive in their Honda-powered car but still couldn’t manage to pip 17-year-old Nikita Mazepin, who has been impressive in the Force India over the past two days.

Just like Day One, Sauber again were not available for testing after ruling themselves out last week due to financial restraints. Whether or not we will see what the effects are of not using vital track time remains to be seen.

The teams across the paddock will now enjoy a short break until we’re underway again next weekend in Hungary.