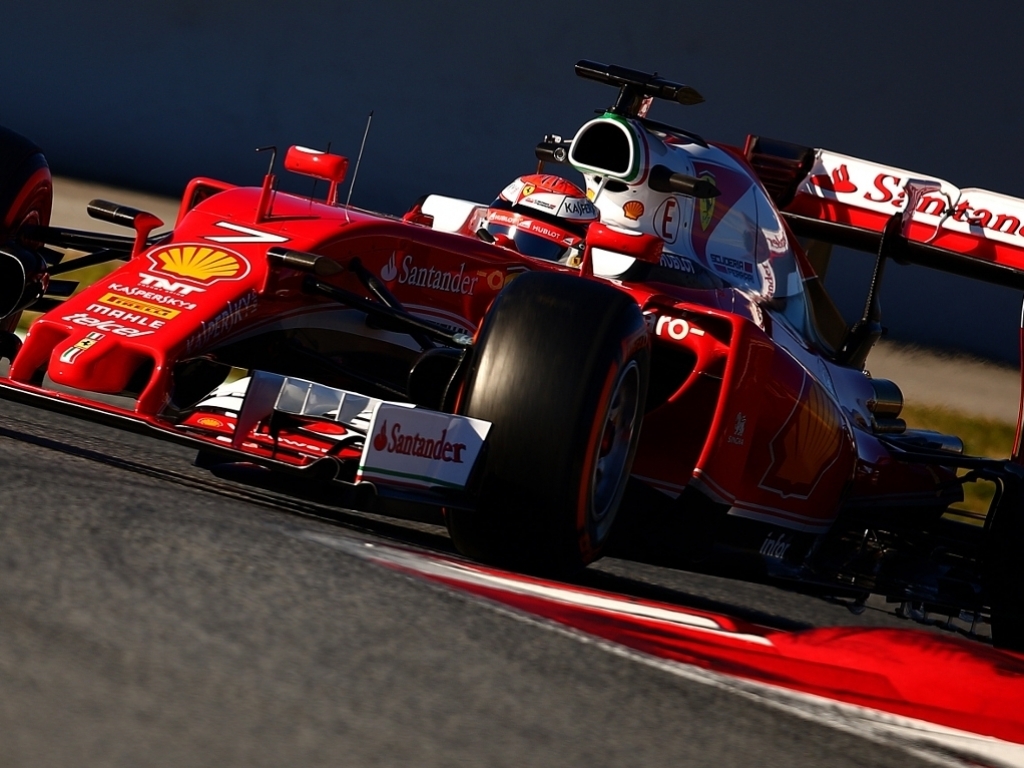 Kimi Raikkonen is "not really" concerned about losing yet more track-time in testing after a gearbox issue kept him in the garage for several hours on Tuesday.

The Finn brought out the red flags on Tuesday afternoon at the Circuit de Catalunya as his SF16-H ground to a halt on the run into to Turn 1.

That necessitated time in the garage which meant the Ferrari driver covered just 72 laps compared to Mercedes' 172.

"Obviously, it could be slightly better at this point – but it's testing and the purpose of testing is to try things," said Raikkonen.

"If something breaks and we have an issue, we can fix it, we still have time. Every year it's the same story, at least as far as I can remember from, the past – you push, push, push and then, if you have an issue, you plan to fix it.

"So am I concerned? Not really."

Raikkonen's lap time on Tuesday, a 1:24.836 set on the medium tyres, put him fourth on the timesheets with those ahead either on the softs or ultra-softs.

Asked where Ferrari are in the pecking order, he responded: "Nobody knows. It's pointless to start guessing what will happen. We'll know in a short time.

"The car feels good – but, just talking lap times here, we have no idea what everybody's doing. We know what we're doing and we're quite happy how the car is handling, how it's running."