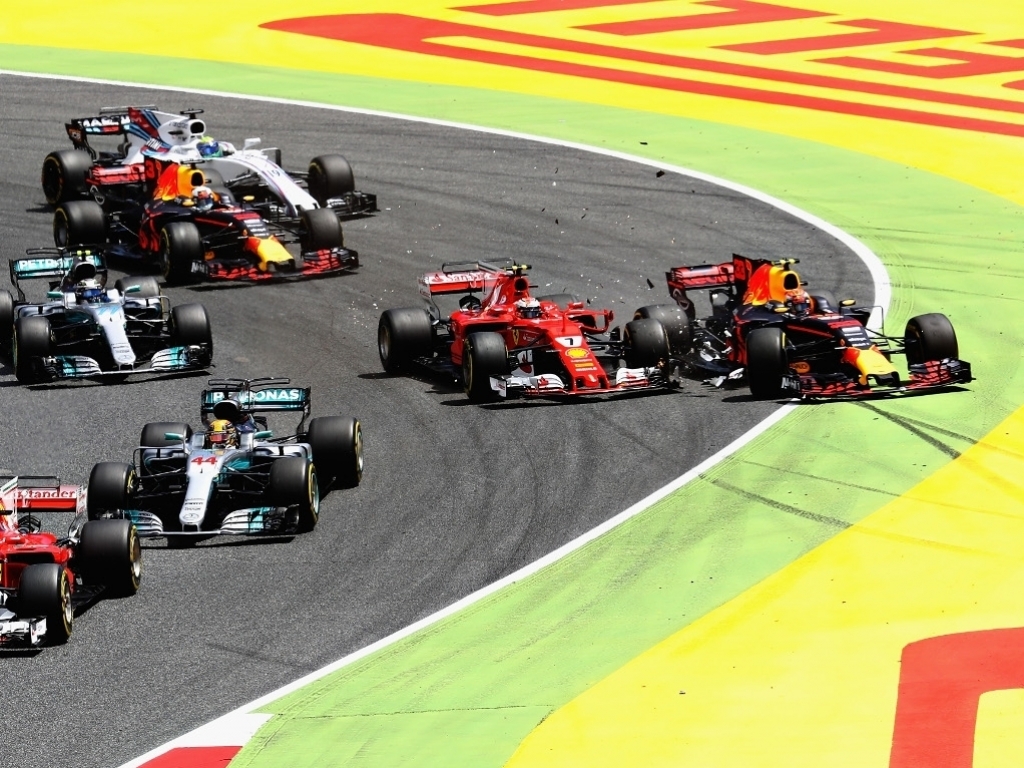 Kimi Raikkonen and Max Verstappen both blamed Valtteri Bottas for their very early retirements from the Spanish Grand Prix.

Bottas clipped Raikkonen's rear at a chaotic first corner at the Circuit de Catalunya, forcing the Ferrari to shunt into the Dutchman's Red Bull.

"It all started when I got hit on my right-rear corner," said Raikkonen.

"It jumped a little bit and then obviously you cannot control a lot after that.

"Then we came together with Max, but it all started from the first touch. What can you do?

"I made a good start, got blocked by Bottas on the straight once, I had to lift already, and then we touched and my race ended there."

Verstappen added: "You can clearly see what happened – Valtteri hitting Kimi and then of course it was difficult for Kimi to control the car, so he then slammed into me.

"It was unfortunate. When you're on the outside you know it's a bit tricky, I was just giving a bit of space, but then I got a Ferrari slamming into me. It's a part of racing.

Bottas, who also retired from the race later with engine failure, concluded: "It was not on purpose, it's shame we collided, it was just a small touch really."

The stewards deemed that no further action should be taken after reviewing the incident.