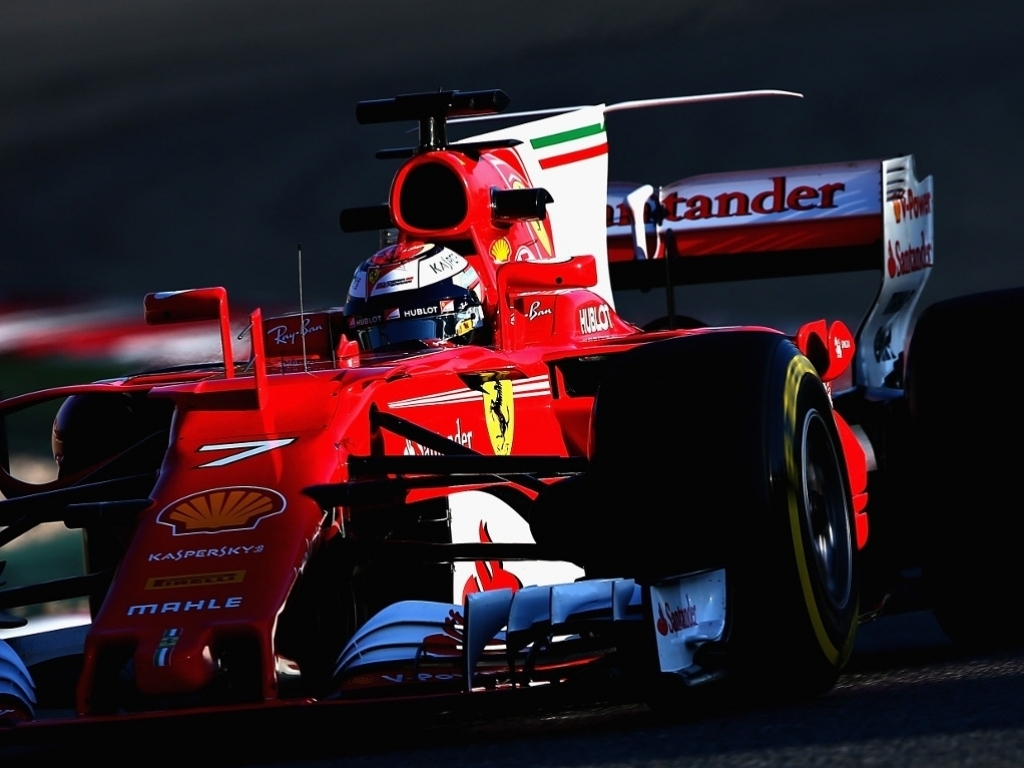 Kimi Raikkonen has given his thoughts on what has been a "pretty positive" Winter Testing for Ferrari.

The 2016 season saw the Scuderia leapfrogged by Red Bull as the main rival to Mercedes but, after finishing top of the timesheets on all four compounds in Barcelona, there is a genuine buzz of excitement that the Ferrari of old could well return.

"I think everything was more or less pretty positive," Raikkonen told reporters.

"The car has been running well and the feeling since the first day has been pretty good for both drivers.

"I think the team has done a good job over the winter, preparing the car and making it reliable.

"If you compare to a year ago we are much much better in many ways. But where are we going to be in the first race? I have no idea. It's the same story every winter and we will see in a few weeks."

Asked whether the SF70H still has more to give, Raikkonen was confident that we still have yet to see the best from the Ferrari beast.

"No, for sure we can go faster but that is not the purpose of this thing [testing]," he added.

"Obviously you try to go as fast as you can whatever you decide to do, but there are a lot of things looking at it afterwards where we can improve and do better, but that is part of testing.

"We can be quite pleased with how it felt this morning. It was one of the better days we have had in two weeks, but it's early days and we haven't done a single race yet, so let's see when the season starts."