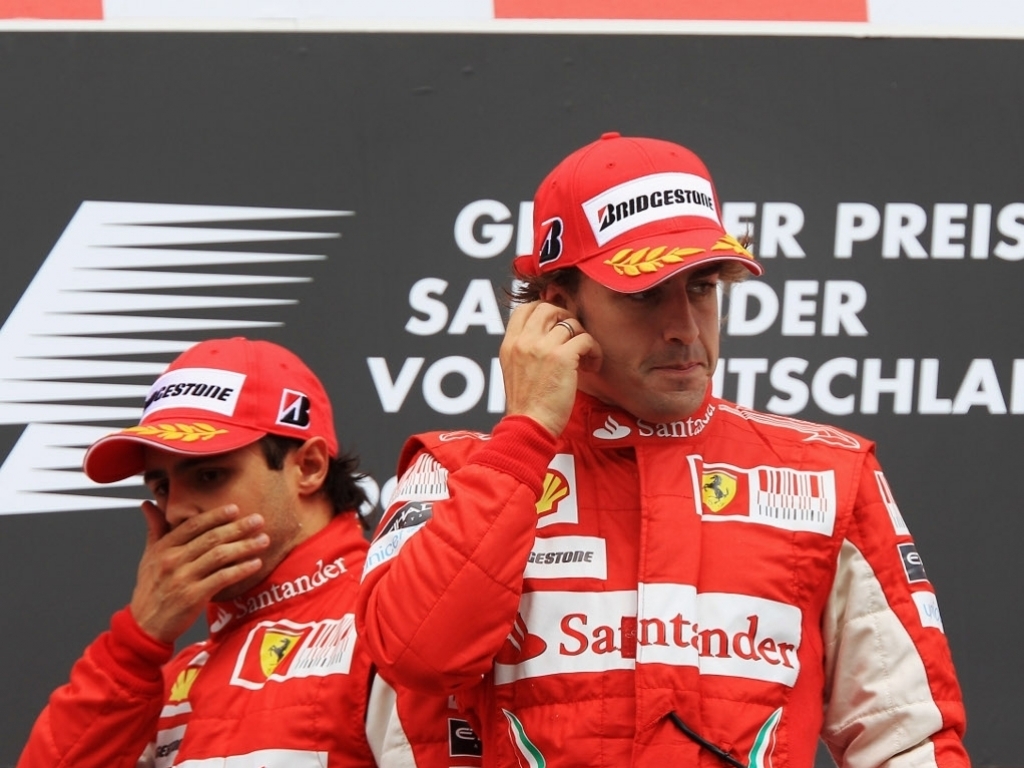 "It's nice." These were Valtteri Bottas's words after his Williams team allowed him to race his team-mate Felipe Massa at the Malaysian Grand Prix last week. Massa, who was passed by Bottas late in the race, is no stranger to the rear wing of various team-mates.

But unlike his days at Ferrari when he was number 2 to both Michael Schumacher and Fernando Alonso, Williams lets its pilots race on equal terms. The same is true down the paddock, with no team deploying a clear lead driver.

And so, in tribute to the drivers who could be bridesmaids at their own weddings, PlanetF1 selects the best number 2s of recent times.

7) Nelson Piquet Jr
The first of three Brazilians on the list, the younger Piquet came nowhere near attaining anything close to what his illustrious father achieved. He makes the list based purely on the 2008 Singapore Grand Prix, during which he purposefully crashed his Renault to help team-mate Fernando Alonso take victory.

Verdict: The guy drove into a concrete wall at high speed for his team.

6) Mark Webber
The man known as 'AussieGrit' (don't forget the 'r') is also known as the man who lost one championship to Sebastian Vettel at Red Bull and was creamed in three more. While Webber was a company man who followed team orders, his career at Red Bull will forever be defined by the 2013 Malaysian Grand Prix in which Vettel overtook the Australian despite a call from the Red Bull pitwall to hold station.

5) Gerhard Berger
Berger spent three years with second-driver status alongside Ayrton Senna at McLaren in the early 1990s. In 1990, Berger collected seven podiums as Senna won six grands prix and the title. Senna swept to seven victories and a second successive title in 1991. Berger backed up Senna with six podiums, including three second places, and one victory, which the Brazilian handed to his team-mate at the Japanese Grand Prix, albeit after he had wrapped up the championship.

4) Riccardo Patrese
His performance alongside Nigel Mansell at Williams in 1992 set a new benchmark for support drivers. Mansell took 14 poles and nine wins on his way to the title. Patrese won just once but he did finish in his customary second place on six occasions, including at the French Grand Prix when Mansell won after Patrese waved the Brit through on lap 19. "Let's say that Nigel was pressing me very hard and I thought it was best for the team to let him go," said Patrese.

Verdict: Although 'Ricky P2' was a solid second driver who collected plenty of points, he did win often enough when Mansell fell out of contention.

3) Felipe Massa
The Brazilian did his duty for Ferrari in 2006, often riding in Michael Schumacher's shadow by notching up two second places and a couple more podiums behind the sister car. In 2007, Massa also rode shotgun for Raikkonen, most notably at the season finale at Interlagos where he ceded the lead in the pits on lap 54 and kept Alonso at bay to help the Finn claim the title. Three years later Alonso won on his Ferrari debut with Massa second, which set the tone for the coming seasons. Then there was the notorious "Felipe, Fernando is faster than you" radio message at the 2010 German Grand Prix and the gearbox penalty at Austin in 2012.

Verdict: One of the all-time great nearly men. So good at being a number 2 that he even managed to finished second, behind Lewis Hamilton, in the 2008 championship.

2) Rubens Barrichello
Schumacher and Barrichello completed a total of 24 one-two finished during their spell together at Ferrari. Schumacher won 19 of those – the most controversial being in Austria in 2002 when Barrichello moved aside on the last lap. There is also the small matter of Schumacher's five straight titles between 2000 and 2004, though Barrichello finished runner-up twice. Barrichello then squandered an opportunity to win a Championship of his own in 2009 at Brawn GP. But he did not. His team-mate Jenson Button won the championship, as Barrichello finished in second place behind the race-winning Brit in three grands prix.

Verdict: Brazil's BRL2 bank note is known as a 'Barrichello' in the favelas. (Well, if it isn't, it should be.)