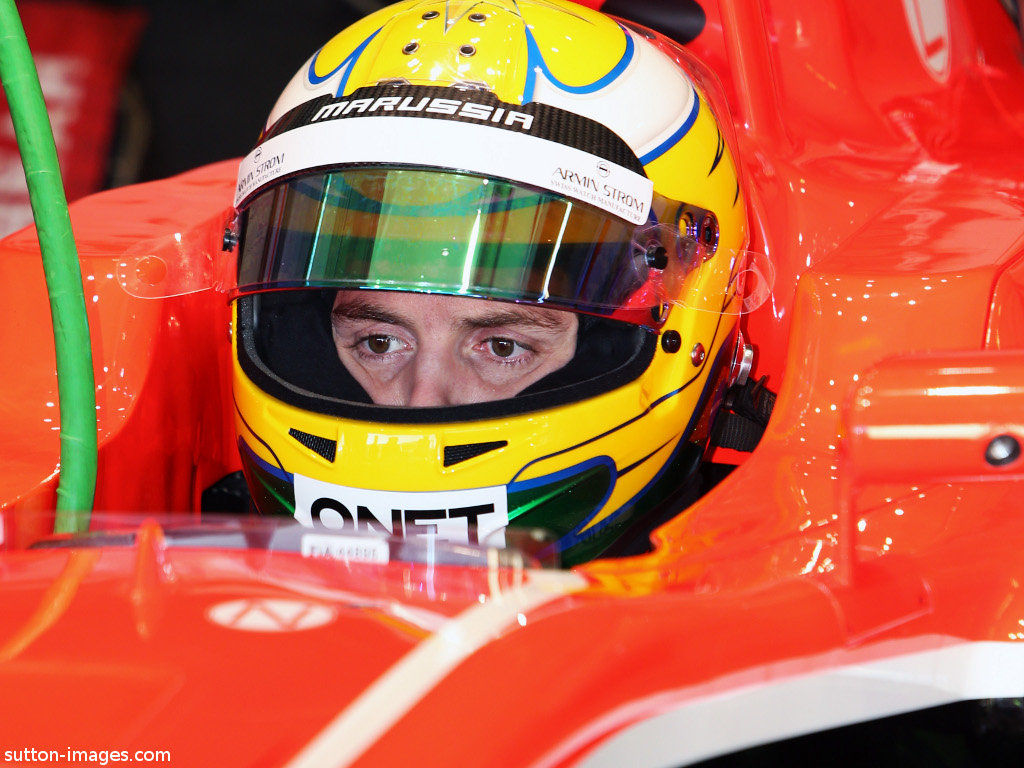 Luiz Razia has defended Marussia’s decision to sign an all-rookie line-up, confident that as GP2 drivers they will quickly adapt.

The decision means the backmarker outfit will have the most inexperienced line-up as no other team has gone with two rookies.

Razia, though, is confident himself and Chilton will rise to the challenge.

“For sure for the team it was a tough decision and for us it’s going to be a tough job,” said the 23-year-old.

“So I think we just need to get together and really work through all the difficulties we have and eventually come up with good stuff, good work and try to make the most of it.

“It’s going to difficult for me and Chilton obviously because there’s a lot of circuits we don’t know and a lot of stuff is new to us, so we need to get on a rhythm.

“But eventually GP2 drivers, normally, get in a rhythm quite quick – so I hope so for myself as well.”

He added: “We’re going to have some tough times, but not problems.”

The Brazilian is relishing the opportunity to finally race in Formula One but fears his late call-up means he has some catching up to do.

“I’ve been pushing all my life to this point and eventually I got the opportunity,” he said.

“It’s a great opportunity to show and to prove – to me before anybody else – that I belong in this place.

“First of all I need to work hard because it’s quite late that I got into the team. I need to catch up with everybody and move through all the things I can do in the car.”