Home Uncategorized Razia ‘in a kind of shock’ 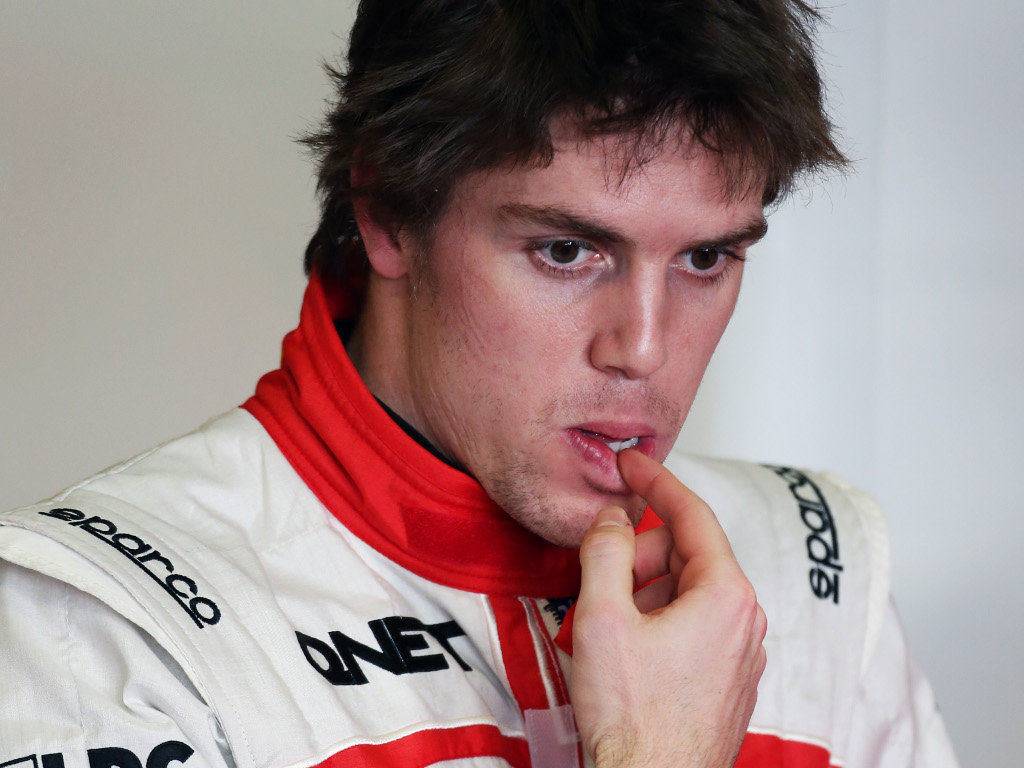 Luiz Razia insists he bears no grudges against Marussia after being dropped by the team for failing to pay for his seat.

Signed two days into the first pre-season test in February, Razia spent just two days in the Marussia before sitting out the second test after his sponsors failed to pay up.

The Brazilian, though, was confident that the “conflict” would be resolved in a “few days.”

But instead of that happening, Razia found himself without a 2013 race seat as Marussia sacked the 23-year-old on Friday when the funds were not forthcoming.

“I’m in a kind of shock, because you expect to be in F1, you are there, announced, testing, and then you are out – and not because of a driver fault,” he told Autosport.

“I did everything right in what I could do, but it was really just a circumstantial thing that happened, and that was it.

“But I still am here. My career is still shining and I can overcome this difficult situation. It is just something that has happened to me. Sometimes life does this to you.

“My main goal is to be in F1, so all my effort is there. I am now without any grounds, but I will go with my family, and we will be sad for a while, but I will get back to the category.

“I was there two weeks ago, and I didn’t feel I shouldn’t be there for this season.”

The 2012 GP2 runner-up insisted he won’t hold his axing against Marussia as the team, who previously parted ways with Timo Glock over money, were just doing what they needed to do. The team has already announced Jules Bianchi as Razia’s replacement.

“I could be angry. I could be very selfish, but I am not. I am really tolerant with these things.

“I understand the position of Marussia and I like the team. They treated me very nicely there and, to be honest, they were trying to sort out the situation for me.

“They chose me because they wanted me there in the first place, so there are no hard feelings.

“It is also fair to say that Bianchi had a difficult situation and, to be honest, he deserved the drive.”